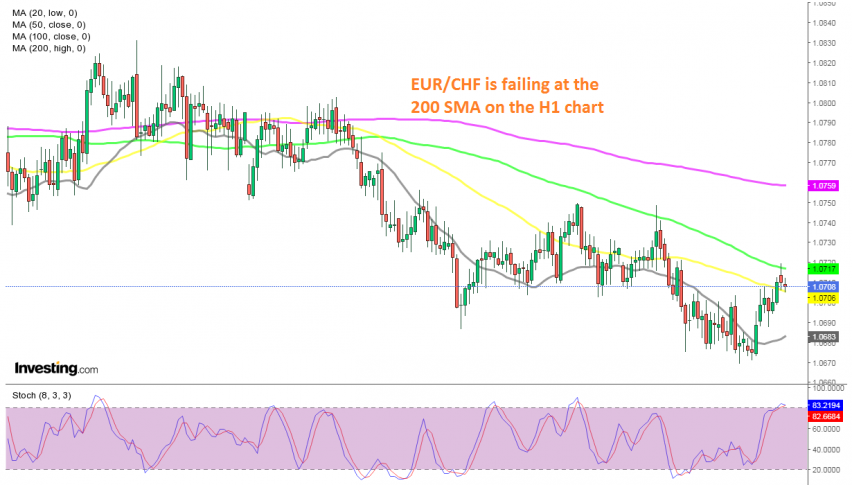 Shorting the Retrace in EUR/CHF at the 100 SMA

The retrace higher is complete for EUR/CHF

EUR/CHF was trading sideways in a range from the middle of July, until the second week of October. The top of the range was around 1.0840-60 while the bottom stood around 1.0720. But, the Euro turned bearish back then, while the CHF increased as the deteriorating market sentiment sent safe havens higher.

Last week, we saw another move lower, taking this pair to 1.0670. But, yesterday EUR/CHF reversed higher and was climbing until a few hours ago, reaching the previous support area at 1.0720. The 100 SMA was waiting up there and it provided resistance for the second time. EUR/CHF started to reverse back down and we decided to open a sell forex signal below the 100 SMA. Now the price is reversing down again, so this trade looks OK.