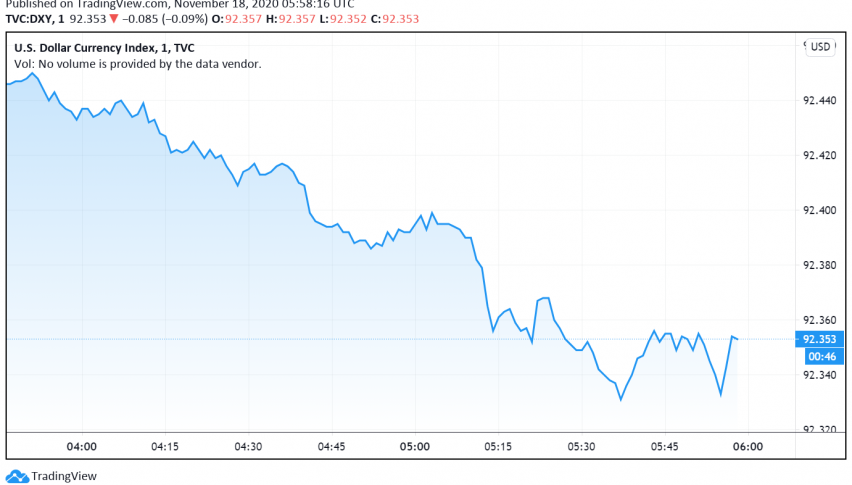 The US dollar is holding steady against its major commodity currencies but weakening against other safe haven currencies like the Japanese yen amid increasing concerns about the second wave of the coronavirus pandemic and its possible impact on the global economy. At the time of writing, the US dollar index DXY is trading around 92.35.

The US has already announced new rounds of restrictions against public gatherings in the wake of the surge in infections, hospitalizations and deaths across several states. Cases are also on the rise across Asia Pacific, causing any hopes about economic recovery to fade for now.

The JPY has risen to trade close to a weekly high against the US dollar as optimism about possible vaccines tempered and traders turned their focus back on the surge in cases across the US, Europe and other parts of the world. Meanwhile, the GBP is making gains over rising hopes for the EU and Britain to work out a trade deal soon, after Britain’s chief negotiator David Frost told PM Boris Johnson that a deal could be worked out by early next week.

The market’s risk-on sentiment is waning, turning equity markets and other riskier instruments bearish and supporting the safe haven appeal of the US dollar. The reserve currency, however, has come under pressure due to recent disappointing economic data releases, especially a weaker retail sales reading from the US.

UK's Economy to Experience Most Severe Contraction in Over 300 Years: OBR
15 hours ago