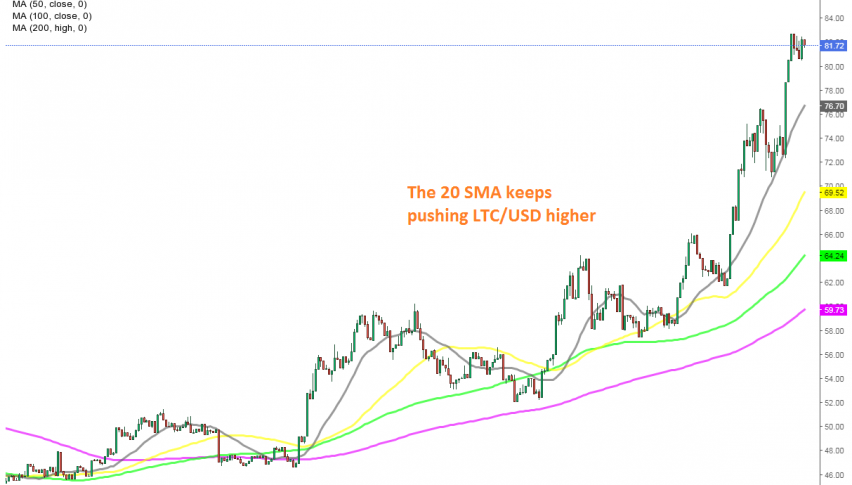 The $100 level is within sight now

The surge in crytpos doesn’t seem to end. They had a good run by the middle of Summer, but pulled back down in August. But by the middle of October the bullish trend resumed again and it hasn’t stopped since then. Instead, it has picked up pace further.

Initially crytpos crashed in late February, when the coronavirus broke out in Europe, but they reversed hand has been bullish since then, This shows that the market vision for them has changed; they are taking up the status of safe haven now, that all currencies in the world are vulnerable to unexpected crashes.

LITECOIN was trading at around $50 early this month, but it has surged since then, gaining more than 50% in value and climbing above $80. Moving averages are pushing it higher, particularly the 20 SMA (grey) which also shows that the pace of the climb is quite strong. We will try to go long on LTC/USD , when the 20 SMA catches up again.

Skerdian Meta // Lead Analyst
Skerdian Meta Lead Analyst. Skerdian is a professional Forex trader and a market analyst. He has been actively engaged in market analysis for the past 11 years. Before becoming our head analyst, Skerdian served as a trader and market analyst in Saxo Bank's local branch, Aksioner. Skerdian specialized in experimenting with developing models and hands-on trading. Skerdian has a masters degree in finance and investment.
Related Articles
WTI Crude Oil Fails to Extend the Bullish Bias of the Previous Weeks - A Fundamental Outlook!
During Monday's Asian trading session, the [[WTI]] crude oil prices failed to extend is previous weeks-long bullish streak and came under so
51 mins ago

Forex & Commodities Trading Levels to Watch on Monday
6 hours ago 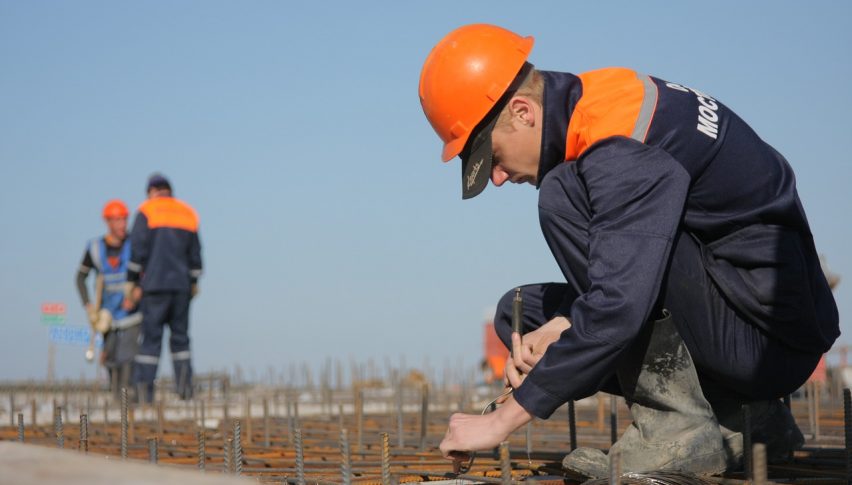