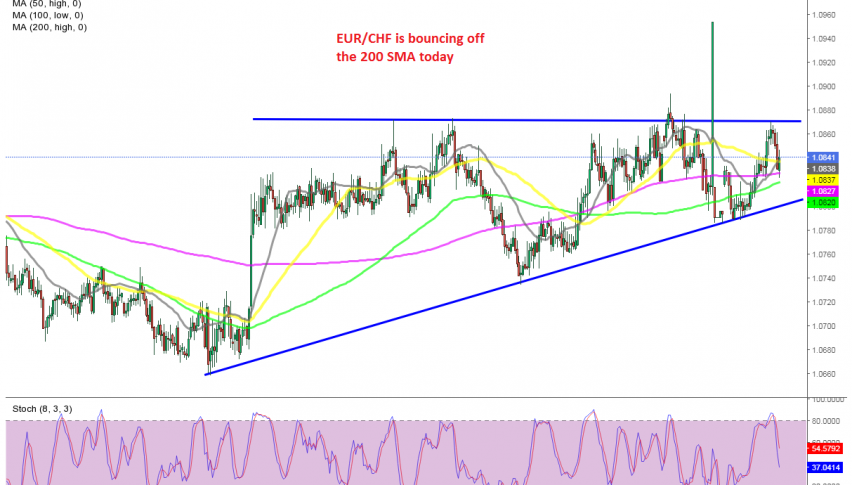 The 200 SMA has turned into support for EUR/CHF again

Buyers have been having trouble making new highs since late November, but the lows ave been getting higher, which is forming an ascending triangle on the H4 chart, as shown above. So, the pressure is on the upside and we decided to open a buy forex signal here earlier today.

At the end of December, we saw a decent pullback lower ahead of the new year, but the ascending trend-line held as support and rejected the price. Yesterday, we saw another pullback lower, but the decline seemed weaker and the 200 SMA (purple) was holding as support.

This moving average has been acting as support and resistance before, so it did that again and we decided to go long, buying above it, with a target below the resistance zone. Now the price has bounced around 15 pips higher off the 200 SMA, so the reversal seems to be underway, which puts our trade in a good position.

Preparing to Buy USD/CHF, After CHF 21.1 Billion Currency Intervention by the SNB
3 months ago