Polkadot This Week: Will The Recent Bullishness Weaken? - Forex News by FX Leaders 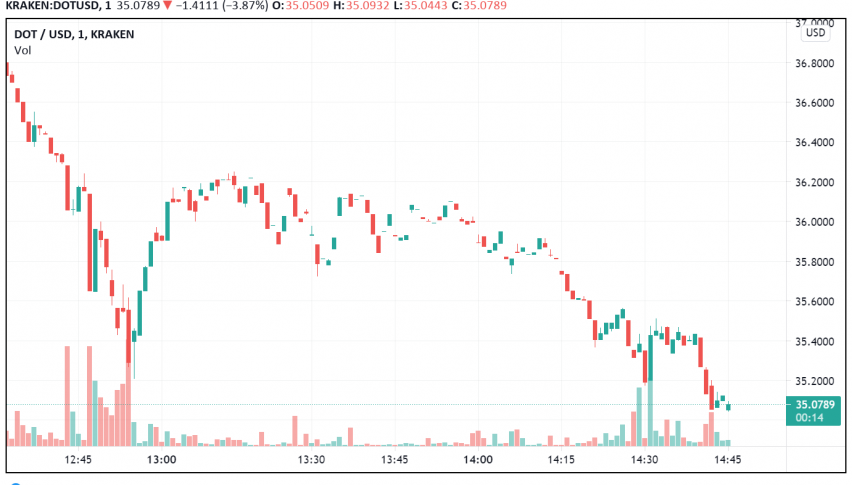 Polkadot This Week: Will The Recent Bullishness Weaken?

Even as the major cryptocurrencies start the week on a bearish footing, one considerable digital currency to keep an eye out for at the moment is Polkadot. The potential Ethereum killer looks to be on the brink of a breakout to the upside, with the price likely to touch up to $50 soon, but before that, we’ll have to wait and watch if the price can break out above the $40 level first.

At the time of writing, DOT/USD is trading close to this key resistance level, at around $35, but seems to be exhibiting some amount of bearish since earlier today. However, even if the near-term trend reverses and the price moves higher, taking out the $40 level could possibly drive more selling pressure and send the price crashing lower too. In such a scenario, if Polkadot sellers take control and send prices down, the next key level to focus on would be $25.

For now, Polkadot continues to hold on to its ranking on CoinMarketCap as the fifth most popular cryptocurrency with a market cap above $33.5 billion. Later this week, however, it could see considerable movement when Polkadot releases almost 20 million staked DOT tokens on March 19. The higher availability of DOT could potentially drive its price lower, unless demand keeps up and rises in keeping with the increased supply.