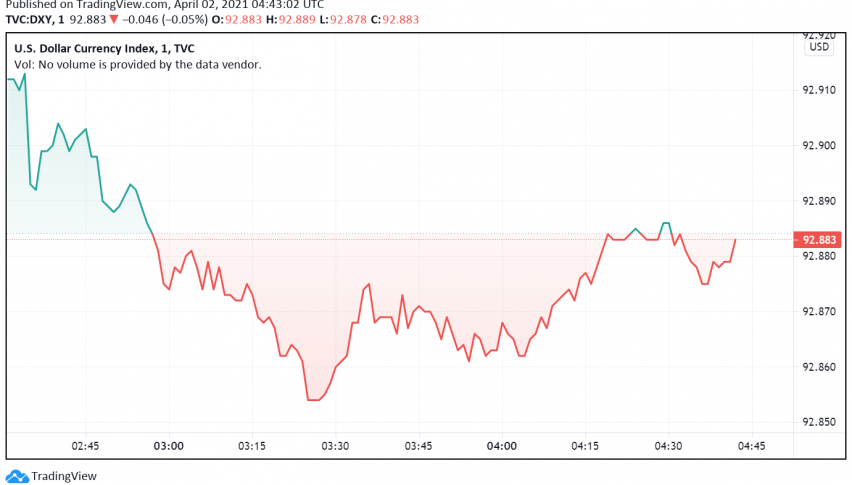 US Dollar Trades Steady in Anticipation of NFP Data

The US dollar is holding steady early on Friday as traders wait for the release of the official US employment report before making their next moves, hopeful that the NFP would reveal an improvement in the labor market and support economic recovery. At the time of writing, the US dollar index DXY is trading around 92.88.

The dollar has made considerable gains against most of its major rivals over the past few weeks, first supported by rising Treasury yields and then by expectations that the US economy will recover faster than most other parts of the world. Over the past couple of sessions, the reserve currency received yet another boost after President Joe Biden unveiled his next plan to boost infrastructure investment by more than $2 trillion.

Although, with several markets closed today for the Easter holiday weekend, expect trading volumes to be thinner on Friday. Despite this, the US dollar is poised for some price action later in the day when the US releases the much awaited NFP report for the month of March.

Expectations are for the US economy to have added around 647k jobs, a significant jump from February’s 379k, while the unemployment rate is forecast to drop from 6.2% in February to 6% during March. A weaker than forecast reading could drive bearish moves in the dollar while a positive report could boost investor confidence in the US economy and strengthen the currency further.