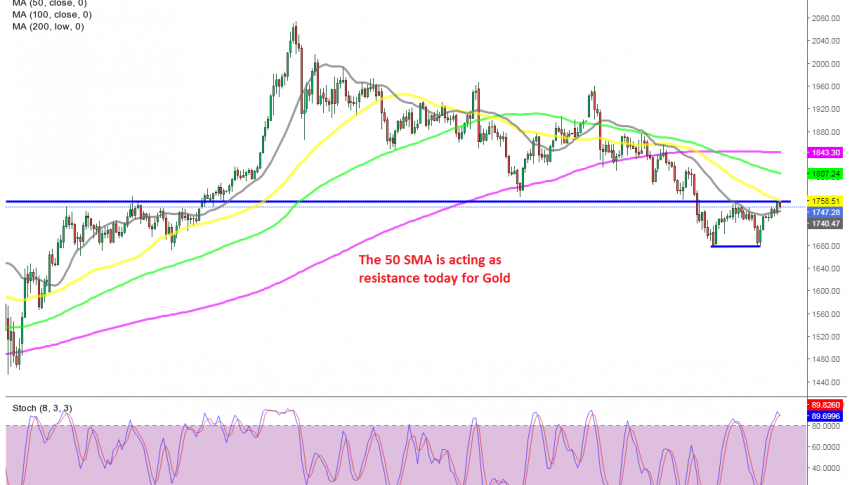 Let’s Hope This Is It For Gold Buyers

Gold has been quite bearish since August last year, following a 2-year long uptrend. The trade tensions between US and China were keeping safe havens in demand at first, then the coronavirus breakout gave it another push to record highs above $2,000.

But, the situation changed in August, as precious metals like GOLD lost their safe haven appeal, which was transferred into cryptocurrencies. As a result, Gold has been bearish since then, losing around $400 from the top to the bottom below $1,670.

But, a support zone has formed down there and in the last two weeks we have seen a bounce off that area. We decided to go short on Gold last week, but the bounce continued higher this week to around $1,760. Although, now it seems like the retrace higher might have come to an end.

The price has caught up with the 50 SMA (yellow) on the daily chart which is providing resistance, the stochastic indicator is overbought on this time-frame, while area around $1,760 has been support and resistance before and is acting like it again now. The price has already reversed more than 100 pips lower, so let’s hope the pullback will be over and the bearish trend will resume again soon.

Litecoin Surviving the Selloff, But MAs Keep Pushing It Down
14 hours ago

How do i get notifications of fx leaders news to my dashboard on mac?