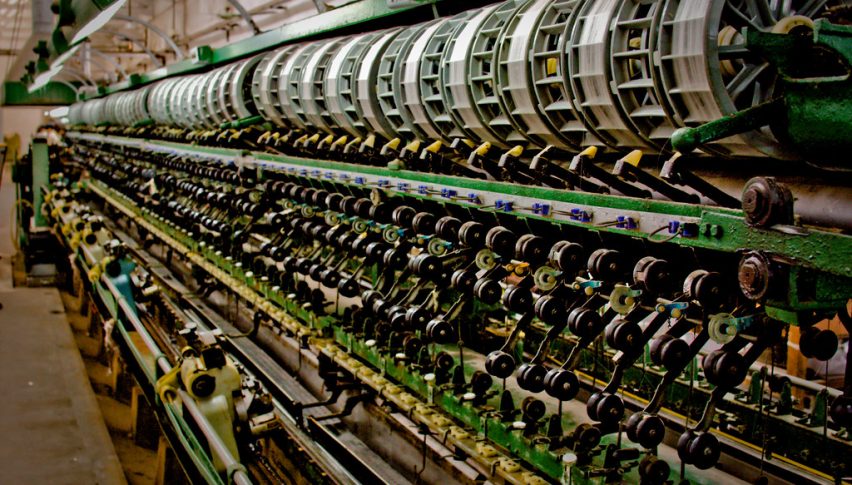 Core machinery orders across Japan posted a surprising drop during the month of February, raising concerns about weakness in capital spending weighing on economic recovery in the wake of the coronavirus crisis. Data released by the Cabinet Office earlier today revealed that core machinery orders fell by 8.5% MoM and by 7.1% YoY during the month of February.

The final reading took markets by surprise, going against economists’ expectations for a rise by 2.8% MoM and 2.3% YoY instead. The services sector has been hit harder, with orders falling by as much as 10.9% for the month, while manufacturers’ orders posted a smaller decline of 5.5%.

Following the release of the unexpectedly weak figures for core orders, the Cabinet Office has revised its estimates lower, anticipating a possible stalling in the slight improvement from previous months. On a positive note, however, external orders were up by 76.2% MoM during February – a sign indicating robust external demand as the global economy starts recovering from the pandemic-inflicted downturn.

Capital spending is one of the key contributors towards economic growth, and is a key indicator of business confidence as companies make investment plans when the economy is growing. With the Japanese government having announced restrictions at the beginning of this year to contain the pandemic, the economy is expected to have suffered a contraction during Q1 2021.