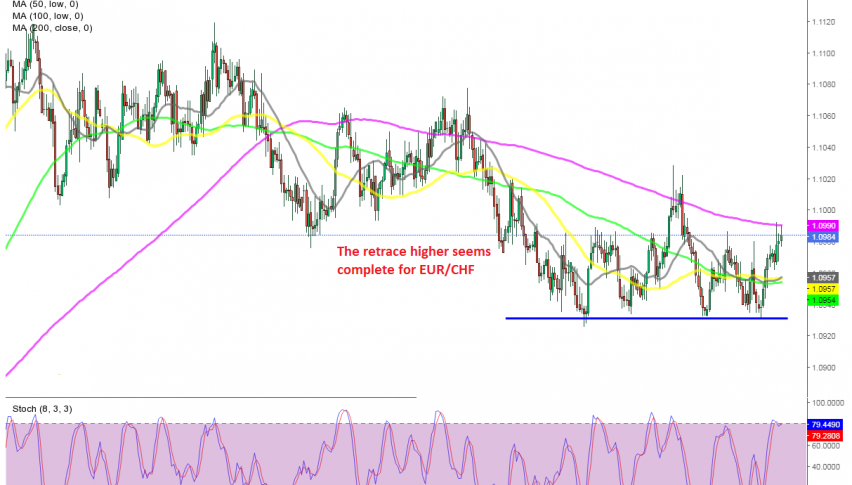 Shorting the Retrace in EUR/CHF at the 200 SMA

Will the 200 SMA reverse EUR/CHF back down soon?
BUY EUR/CHF

EUR/CHF used to be bullish for nearly a year, from May last year when it started the bullish reversal until March this year.  The price climbed more than 5 cents higher, as this pair moved above 1.11, but reversed a few months back and has been bearish since then.

The bearish trend so far has been pretty straightforward, with the occasional retrace higher, which have actually been declining, showing that sellers are in control in this pair. The price has declined below all moving averages and it seems like the 200 SMA (purple) has turned into resistance now.

Although, this pair has formed a bottom around 1.0930 which has reversed EUR/CHF higher several times this month. But, the 200 SMA is acting as resistance on the H4 chart, rejecting the price twice today. So, we decided to open a sell forex signal in this pair below the 200 SMA, since he stochastic indicator is also overbought, suggesting that the retrace up is complete.