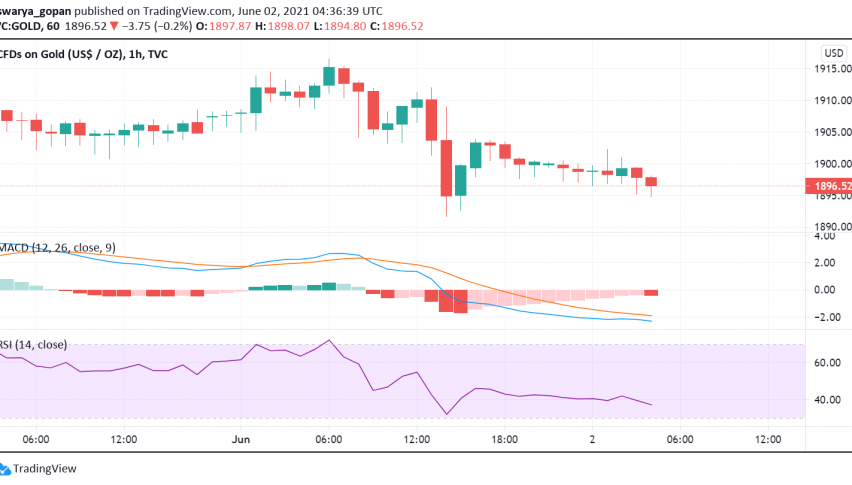 Early on Wednesday, gold prices are sliding lower after touching the highest level seen in five months during the previous session, coming under pressure after US Treasury yields edged higher, increasing the opportunity cost of holding non-yielding bullion. At the time of writing, GOLD is trading at a little above $1,896.

The weakness in gold was driven by the release of promising economic data from the US, with manufacturing activity increasing on the back of pent-up demand, reinforcing expectations of rapid economic recovery. This helped dent the safe haven appeal of the precious metal even as it supported the US dollar, which shares a negative correlation with bullion.

The precious metal also turned bearish earlier in the day after the release of Australia’s GDP which showed that the economy has rebounded to pre-pandemic levels. The Australian economy grew by 1.8% and boosted the market sentiment, which exerted further downward pressure on the safe haven metal.

There is also a sense of caution in markets ahead of the release of the US NFP report scheduled for later in the week. Investors are hesitant to enter new positions in gold as they wait for further confirmation about the state of US economic recovery in hopes for more clarity on whether the Fed will step in with drying up its monetary easing measures soon.