Ethereum (Ether), the world’s second largest cryptocurrency, has been growing exponentially. Whether you are a veteran trader or a newbie to the capital markets, ethereum trading offers a variety of benefits and opportunities. Read this handy guide to learn how to trade ethereum, how it was invented, correlations, and what influences its price.

To begin capitalizing on the potential of this powerful cryptocurrency, start your ethereum trading journey today!

Origin of Cryptocurrencies in a Nutshell

Bitcoin, the first decentralized cryptocurrency, was created by an anonymous person (or persons) using the pseudonym Satoshi Nakamoto. Satoshi also mined the ‘genesis block’ of bitcoins in January 2009.

Bitcoin is the world’s largest cryptocurrency and its market capitalization has expanded tremendously. For example, on October 6, 2019, its market cap was more than 144 billion dollars.

The Invention of Ethereum

An innovative young lad named Vitalik Buterin, through his ambition to completely transform the internet, invented a crypto platform on which developers could build any type of decentralized application.

After this, the young man dropped out of the University of Waterloo to pursue his Ethereum ambition. With the help of other developers and co-founders, the project quickly shifted into overdrive.

With a very successful crowd sale in July 2014, they raised more than $18 million by selling Ether, the Ethereum tokens which were basically the shares of the project. 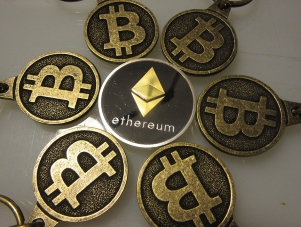 Ether is also used to pay for transactions and computational services on the Ethereum network.

Ether is the second largest cryptocurrency in the world and at one stage in 2017, it had a market capitalization of almost $38 billion, although as of October 2019 the market cap stands at $18 billion. This interesting financial instrument has grown at an unbelievable pace! 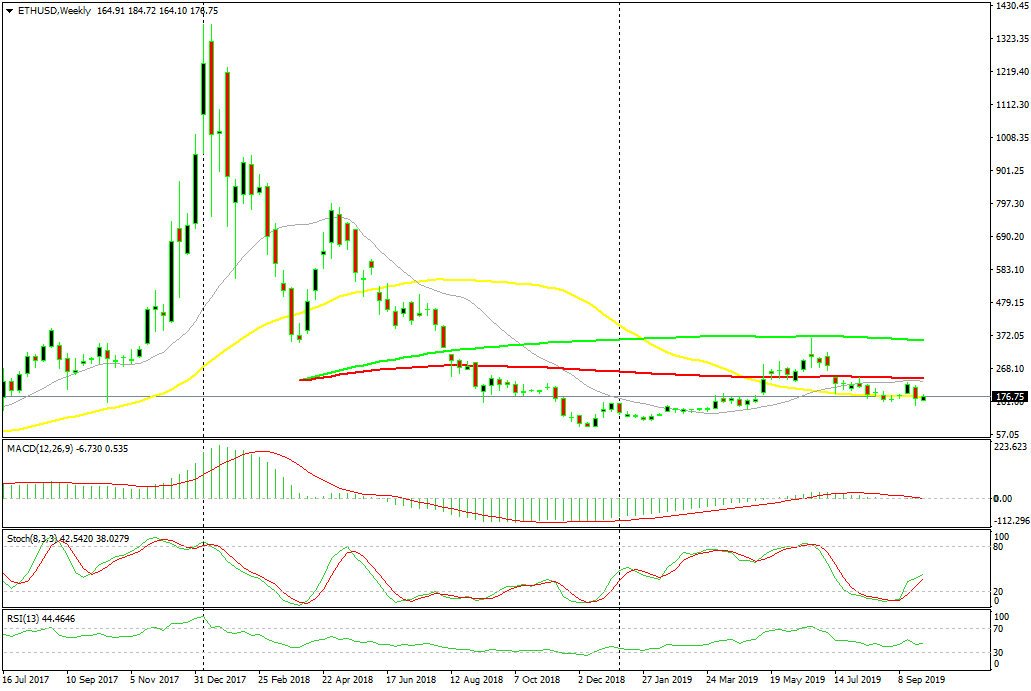 Ethereum is also very volatile, like most major cryptocurrencies. In 2017, the price started climbing higher and then in Q2 of that year, the “gold rush” of that year started. Cryptocurrencies became the cool thing to invest that year for the general public and altcoins had a stellar year, with Bitcoin reaching close to $20,000.

As 2017 progressed, investors continued to satisfy their appetite for ethereum trading. By 31 December, the price of ether had risen to more than $725.00, reaching $1370. The astronomical annual returns for 2017 measured upwards of 4800%!

The first step in learning how to trade Ethereum is securing the services of a competent brokerage. It is highly recommended to trade Ether with reliable, well-established forex brokers.

One such broker is eToro. eToro doesn’t offer leverage on ether but there are other brokers that offer leverage, of course. Some of these firms offer as much as 33X leverage.

Because of the volatility of ether, traders shouldn’t trade it with much leverage. Zero leverage is the safest, of course. Because of the massive growth in the price of ether, ‘buy and hold’ has been an excellent strategy. ‘Buying dips’ has also worked really well, although traders would have missed out on a number of great opportunities if they only used this approach (on the daily timeframe, at least).

*If you would like to learn more about trading Bitcoin, follow this link to an article dedicated specifically to: How to Trade Bitcoin – Beginner’s Guide.

Ethereum Trading Basics: What Moves the Price of Ether?

Because ether is still a rather young cryptocurrency, its price is largely affected by events related to its development.

As mentioned earlier, ether is a value token which is used to pay for transactions and computational services on the Ethereum network. Consequently, the expansion of the Ethereum blockchain and related services will obviously impact the value and the price of ether.

A really important external factor that influences the price of ether, is the price of its big brother, bitcoin. When money flows into bitcoin, ether and other cryptocurrencies usually benefit from it. The value of bitcoin is a contributing factor to the inherent volatility involved in ethereum trading. When bitcoin is under pressure, the entire cryptocurrency asset class is affected.

Since ether is the second biggest cryptocurrency, it comes as no surprise that it is strongly affected by the bitcoin price and sentiment. When understanding how to trade ethereum, one must respect the impact bitcoin can have on price action.

Time to Reel in Some Profits

Is this the type of breakthrough you need in your trading career? Visit our signals page today and try out our free or premium trading signals!