A Great Chart Setup on EUR/USD

As you know, we opened a long term forex signal in EUR/USD. We opened this signal on Friday last week since this forex pair failed to break above 1.0620s for the fourth time in two days.

The stochastic indicator wasn´t oversold, but it was close enough. Besides that, the 50 moving average in yellow was hanging just above there. As you can see on the daily forex chart, the 50 SMA has been a strong resistance level previously, so at least it would provide some sort of resistance again.

The price moved about 100 pips down on Friday, but yesterday EUR/USD buyers had another go at the top side. It was a bit worrying seeing the price get up there in no time; it meant that the buyers were still in charge since the 1.05 level was never reached. 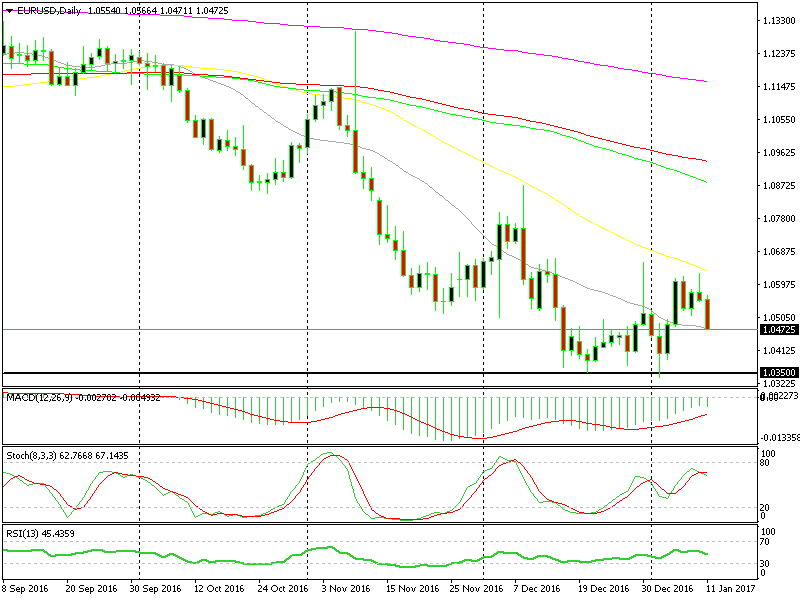 Today, though, the picture seems a lot brighter for sellers like us. The price is more than 100 pips lower and the 1.05 support level has now been broken. So, we can say that the 50 SMA has done a good job once again.

There are still some obstacles in the way though. The H4 EUR/USD chart is already oversold, with both RSI and stochastic being close to the bottom of the bottom of the indicator window and the 100 SMA in green around where the price is now. 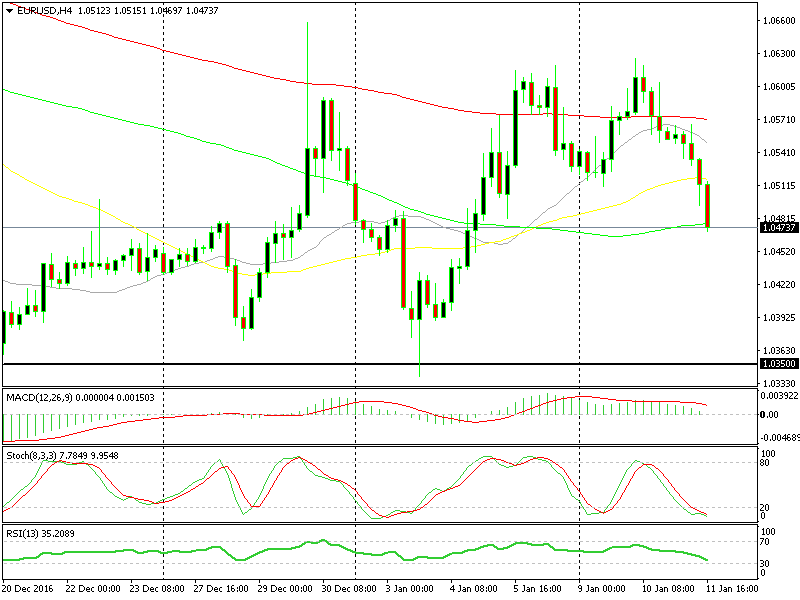 The 100 SMA in grey might be an obstacle on the way down.

The 20 SMA in grey might as well reverse the price, but judging from the price action today, I think we´ll see some more downside. That said, Donald Trump will hold a speech in less than an hour, so be prepared for some volatility.