Last week was the first week of this year and the market wasn't settled yet… so it didn’t feel like normal trading. We had some trouble with this sort of market but vowed to get back on our feet this week and I'm happy to say that we succeeded in doing so.

The forex market continued to be bullied by politics, with Donald Trump´s first official press conference since he was elected President of the United States. But, this fury also calmed after three weeks.

I said that those types of moves we saw last week are almost impossible to predict, but they do offer some good trading opportunities because they can complete a correction of a two-month trend in just a couple of days. So we took some of those opportunities this week and ended up with a 211 pip profit.

All this does not take into account a couple of trade ideas which we published in our daily market updates. We spotted two trade opportunities in USD/JPY this week and if you played them right you may have made at least another 200 pips. 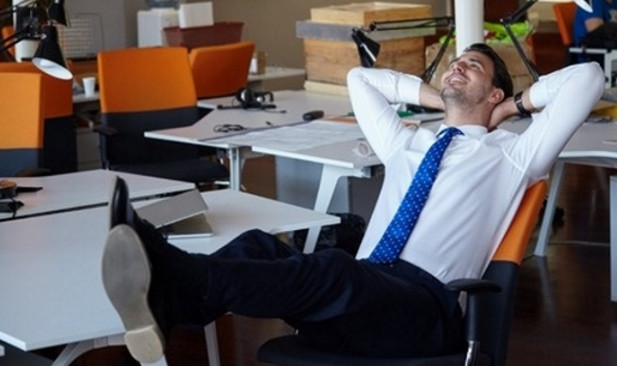 So yes, as we mentioned in our last market update, we reversed last week´s losses this week and we are well in profit now, if we take into account the results from both weeks.

We promised to make up for last week, although resolutions don't work this way in this business – we had to work hard! It´s true that last week´s moves made us suffer, but they also took the price to long-term support/resistance levels in most major forex pairs.

I was waiting for such a retrace in the USD pairs after a two-month uptrend – and when it did it opened the door for us to start playing with our long-term forex signals.

Long-term signals are a bit dangerous, especially if you can't read the bigger picture (technical and fundamental), but they also offer some good reward if you got the skills.

We opened two long-term forex signals this week, apart from the EUR/CHF signal we carried from last week. We sold EUR/USD close to 1.06 and bought USD/JPY near 1.05. The USD/JPY signal was closed manually for more than a 100 pip profit just before Trump´s press conference slapped the USD lower.

At the same time, our EUR/USD signal was more than 100 pips in profit, too, but we decided not to close it and let it run. If you booked profit on that signal at that time, then kudos to you because this forex pair reversed after the pressure and the signal is about 50 pips in the red, although I'm pretty sure will have another go at the 1.0330s low pretty soon. We just have to be patient and sit out this USD retrace.

In total, we opened 16 forex signals this week, with EUR/USD still going. We lost only four signals this week which gives us a 25:75 win-loss ratio. The profit is the best part though as we closed the week with 211 pips.

After three weeks of Christmas holidays, during which time the forex market behaved as usual, I was afraid it might continue to trade in the same manner this week, too.

But, I guess every forex trader got back to their trading desk, which meant liquidity got back to normal and the moves became that tiny bit more predictable.

The financial markets have been very focused on politics recently, with good reason. The first press conference of the upcoming US president wasn't going to go by unnoticed. The economic data was pretty light this week, so that was the biggest forex event.

If you´ve forgotten, this two month USD rally since Trump won the US elections has been mainly due to the supposition that he will bring a big fiscal stimulus along. This means that the FED will have to reduce the monetary policy accommodation. Higher rates mean stronger USD. In fact, some of the FED members this week reinforced this idea as their comments suggested at least three rate hikes in 2017!

But, Trump disappointed the USD bulls on Wednesday during his conference. He never mentioned any fiscal stimulus. That killed one of the three reasons why the buyers were long USD, and so the Buck suffered a 200 pip drawback.

But, my personal disappointment was the fact that Trump got back to his pre-election mindset. Arguing with reporters and making meaningless bold statements that won't help the US economy or the US Dollar. We´re forex traders, so that´s all we are worried about, right?

The global economy has picked up nicely in the recent months, which has been portrayed by the economic data. So, now it's more interesting to highlight and analyze the data that misses the expectations, rather than the one that exceeds them.

The miss in German industrial production attracts attention since it is the second one in two weeks (if we take into consideration last week´s German factory orders). The 0.3% increase in the Italian unemployment rate was another miss in the EU economic data.

When it comes to China, the lower trade balance is not a big problem since China is the biggest exporter in the world now. But Chinese CPI (consumer price index) might be a headache in the coming months since it moved lower this week.

Speaking of it, the headline number for the US producer inflation (PPI) picked up by 2 points, but the core production inflation fell by 2 points. In my opinion, that´s not a big worry because it´s probably because of the stronger dollar. A stronger dollar means cheaper prices for imported raw material and other goods.

In the first couple of days of the week, it seemed like EUR/USD was going to reverse and give back all of last week´s gains when it broke below all possible moving averages on the H4 forex chart.

But, the market didn't like what Trump said and even more so what he didn´t say. Inevitably, the reverse back up was even quicker, but the 200 smooth moving average (200 SMA) is the last man standing and we're now trading between that and the 100 SMA in red. 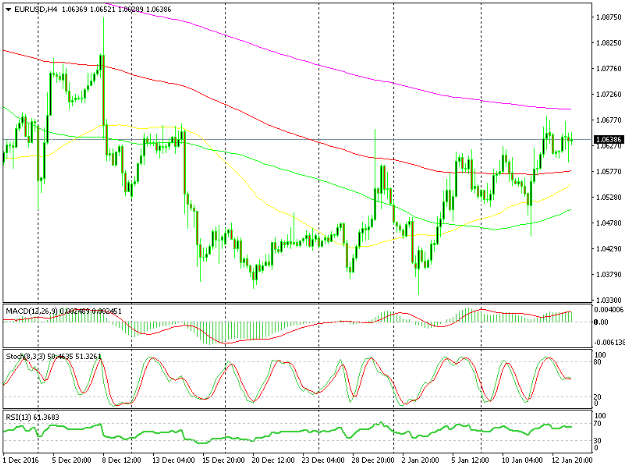 The daily EUR/USD chart is sending us mixed signals; the stochastic indicator is oversold and RSI will be oversold soon, but on the other hand the 50 SMA in yellow has now been broken to the topside. 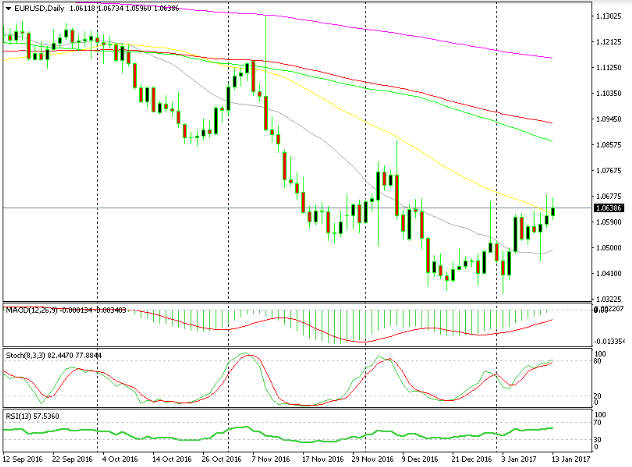 The 50 SMA, which has provided strong defense before, has broken

It’s not very bearish to ring our alarm bells, but the weekly chart looked scarier for EUR/USD sellers. Last week´s candlestick closed as a doji which signals a reversal after pulling back for three weeks.

But, this week's candle disregarded that and closed as pretty bullish. Fundamentals are in our favor but the technical picture doesn't look very bright. Let´s hope that fundamentals win this time, so our EUR/USD signal ends up in profit. 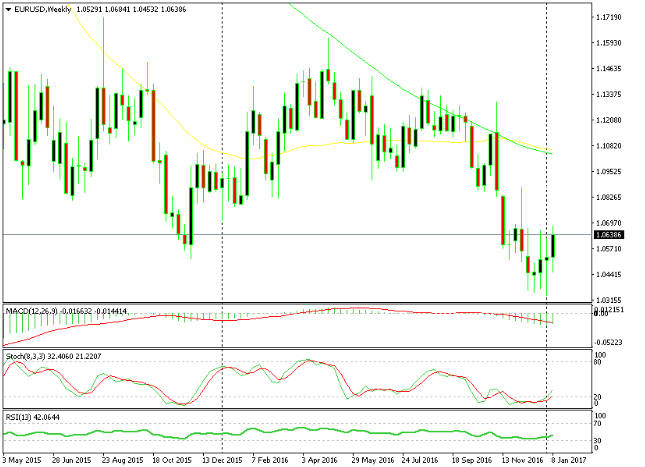 The second week of January finally brought everyone back to work and the forex market normalized again. We got back to trading normally and profitably since we made more than 200 pips this week.

Donald Trump was the highlight of the week in the financial markets this week and he will be on centre stage next week too as he takes the white house which he has always craved. I hope there are no shocks in the markets.

Is the Bearish Trend Over for USD/JPY?
13 hours ago