Today is going to be exciting as there will be a lot of trading opportunities. The macroeconomic calendar is full of major economic releases that are due from the U.S and the U.K. Undoubtedly, the major focus is on the FOMC and Fed Fund Rate which is likely to increase by 25 base points.

How To Trade Fed Fund Rate?

In the 14th of March Morning Brief, I promised to share a few tips on how to trade the FOMC and how it's likely to impact the market. Guys, we can expect a different sort of outcome from the Fed today, so let’s get prepared for the potential action in the U.S dollar.

There is a fair probability that the Fed may increase rates by 25 base points. In my opinion, the U.S dollar is already “Priced In”. On a rate hike, it may soar dramatically, but the gains are likely to be short-lived. Considering the associated risk, it’s better to trail your stop loss once your trade shows a profit. You can also lighten up your positions by choosing to pocket half of your profits.

The EUR/USD continues to trade under pressure since it has dropped more than 100 pips in the previous two trading days. The selling in the pair is mostly caused by the Fed rate hike sentiments and unfavorable German economic sentiment which were released at 12.8, missing the expectations of 13.2. By the way, this figure is not too bad as an economic sentiment above 0 demonstrate optimism. 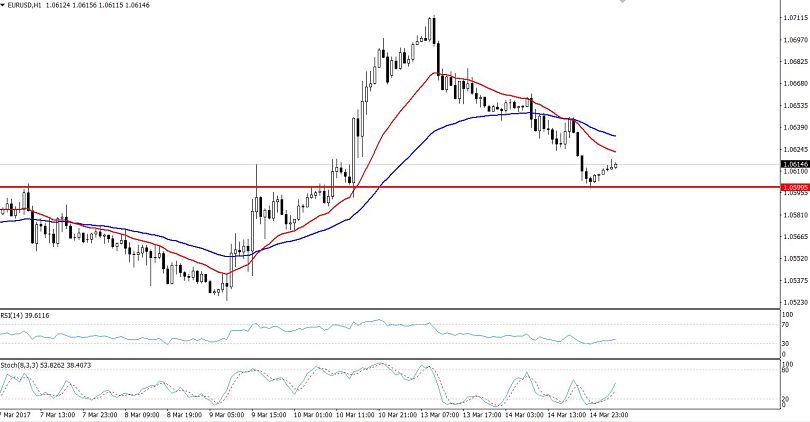 Yesterday, the major currency pair managed to break below the 38.2% Fibonacci support level of $1.0635. Today in the early Asian sessions, it has completed a 61.8% retracement at $1.0600 and it is still holding above it. However, I'm not convinced we should buy the pair until it breaks above a major resistance level of $1.06215. Moreover, the strong selling candles in the daily chart are also pointing to the selling trades.

The USD/JPY pair is stuck in a choppy trading pattern since both of the currencies are getting stronger. It’s confusing investors as they are unable to decide which currency to hold and which one to sell. The U.S dollar is getting stronger on rate hike sentiments. On the other hand, the Japanese Yen is supported due to its increased haven appeal.

Guys, the macroeconomic calendar is full of high impacted economic events and we may see rapid changes in the trends. Apart from the FOMC, we also need to focus on the U.S Inflation figures at 13:30 GMT. 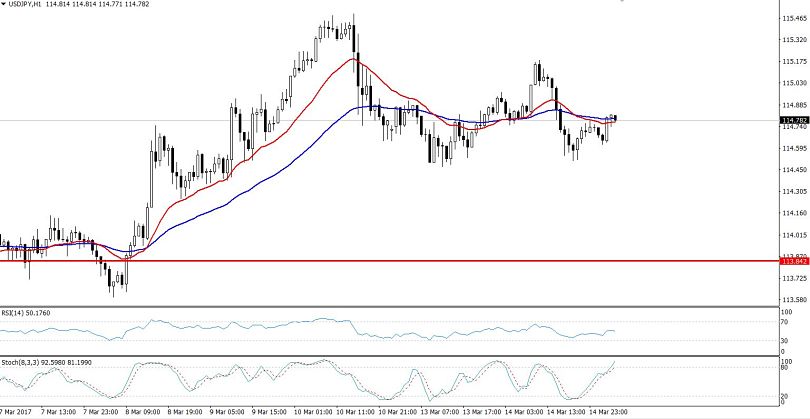 In the 4- hours chart, the major has formed an asymmetric triangle pattern which represents the indecision between buyers and sellers. We can see that it’s trading in a narrow range of  $114.950 – $114.500. The RSI is neutral near 50 and candles are closing at the EMA. Considering this, I would recommend you guys to wait for the economic releases and clearer trend to enter trades according.

Keep following us for trading signals!