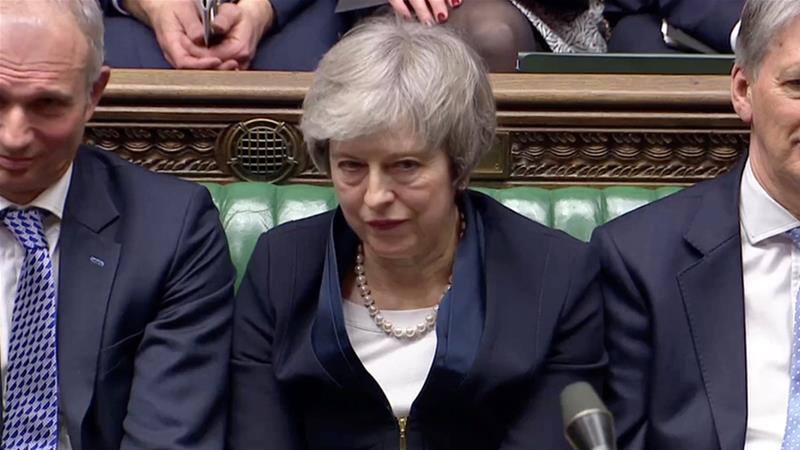 The Brexit meaningful vote on Theresa May’s deal took place last evening which we covered live on our forex calendar section, if you want to have a look. The GBP dived nearly 300 pips during the European session as everyone reached the conclusion that the deal wouldn’t pass the Parliament vote. So when the time came for British Parliament to vote, the markets remained relatively calm. As expected, the vote went against May’s deal. Theresa May didn’t resign after that, so the most likely scenario now is another extension of Article 50.

That leaves the situation where it was last week. Goldman Sachs says that a third vote on Theresa May’s deal is quite probable now. That has relived some of the tension for the GBP which has climbed around 100 pips since after the vote. The sentiment has also improved slightly in the financial markets and the stocks are trying to turn bullish after the retread down yesterday before the Parliament vote. The EU wants to know what the UK will try to change from this deal now besides what has already agreed, so they are leaving the ball on the UK side. Although, the overall sentiment in financial markets remains mixed since we’re not sure now where Brexit will be heading. 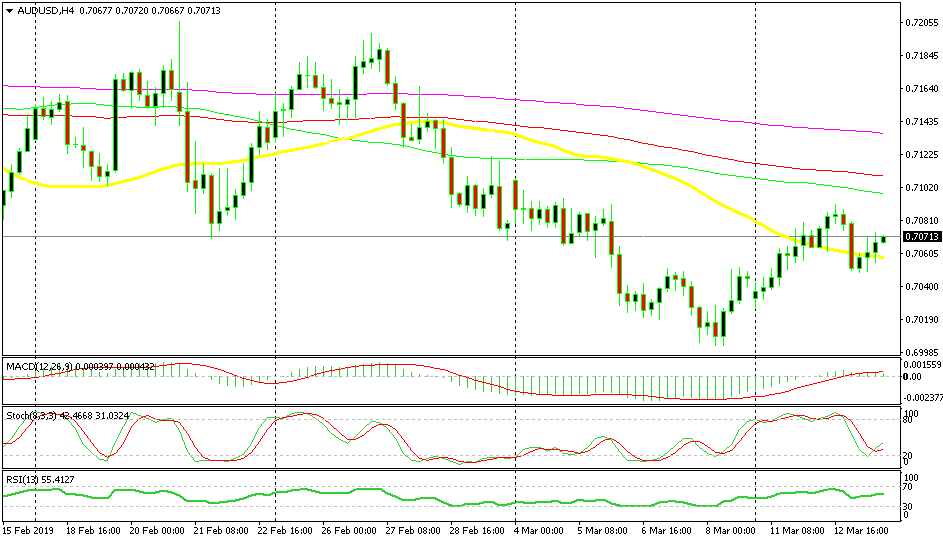 This week’s uptrend is resuming again

AUD/USD turned bullish last Friday as the USD entered a bearish phase. It climbed nearly 100 pips. breaking above the 50 SMA (yellow) but it retraced back down yesterday after forming a doji candlestick at the top on the H4 chart. The retrace was complete earlier today though as stochastic became oversold and the 50 SMA turned into support. Now we are seeing this pair reverse higher again and resume this week’s uptrend.

The economic data from the US is already out now since North America shifted clock one hour ahead last weekend. There’s not much left on the economic calendar, so I guess we will keep trading the market sentiment for the remainder of the day, which at the moment looks slightly positive.