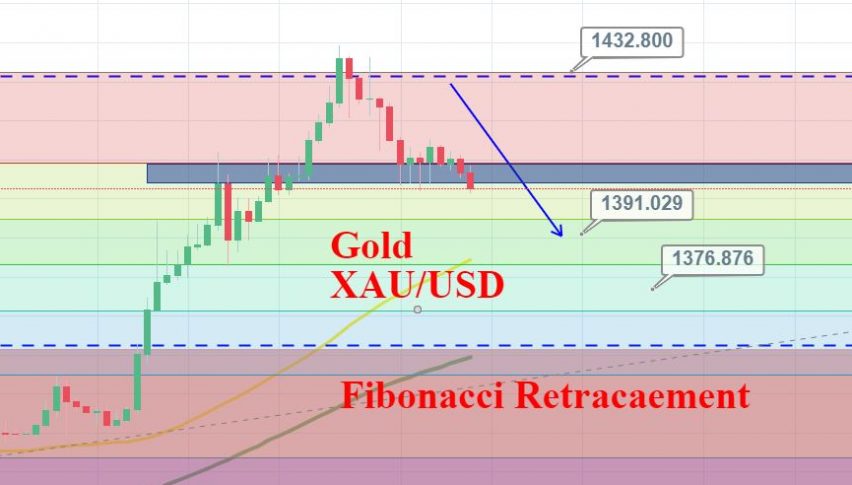 Gold Consolidates Over 23.6% Fibo – Sellers Loom Around the Corner

On Thursday, GOLD prices continue to drop as the United States sent mixed signs on a trade agreement with China before the upcoming G20 summit. Gold prices have been under pressure after Federal Reserve members opposed Donald Trump criticism and said that Fed is insulated from short-term political pressures. This gives a message that the July rate cut may not be on the cards now.

Investors dropped the forecast for a 50-basis point cut next month since the Federal Reserve Chair, Jerome Powell, suggested that the central bank shouldn’t exaggerate to a short-term swing in sentiment. Lastly, Trump showed faith that the meeting between US President Donald Trump and Chinese counterpart Xi Jinping could achieve progress. 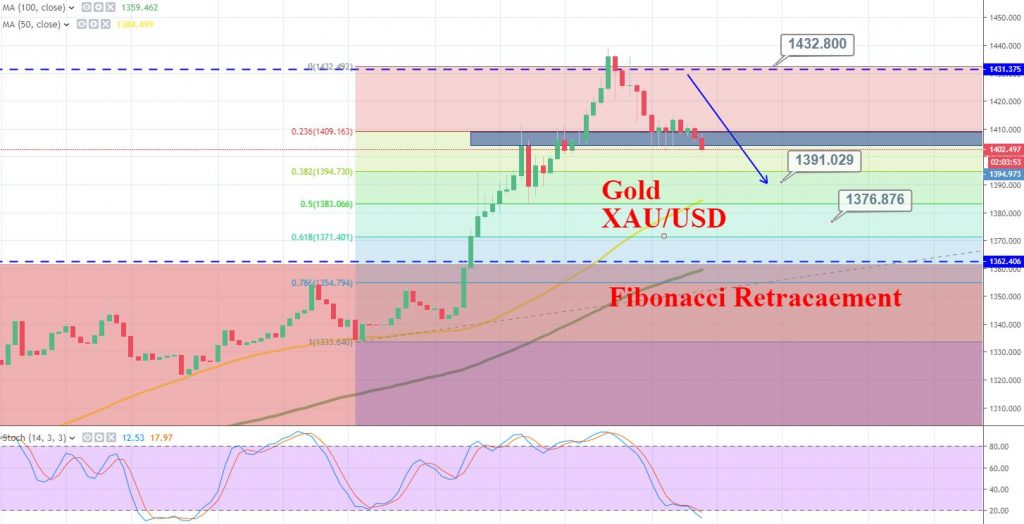 For now, gold is likely to face immediate support at $1,406, the 23.6% Fibonacci retracement level. A bearish breakout of this level could trigger further selling until $1,389, the 38.2% Fibo level.

Whereas, the 20 and 50 periods EMA still suggesting a bullish trend, but these are staying at $1,362 level, leaving huge place for gold to retrace back. Stochastic and RSI are holding in the overbought zone, suggesting the further potential for a bearish retracement.