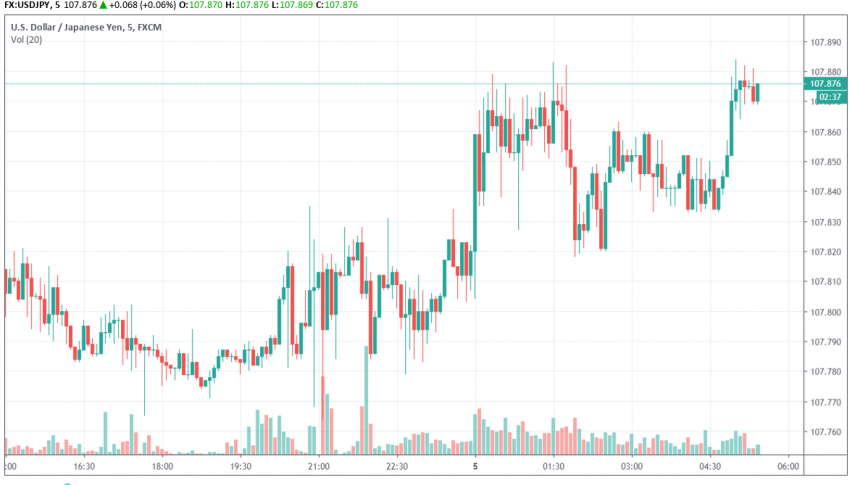 Domestic demand in Japan is showing signs of improvement, with household spending rising 4.0% YoY in May – the fastest growth since May 2015. This data comes as good news for the Japanese economy which has been suffering for some time as the trade dispute between US and China rages on.

So far on Friday, USD/JPY is trading unaffected by this news as it continues around the 107.80 level. Looks like the trade war sentiment continues to weigh on the safe haven Japanese Yen for now.