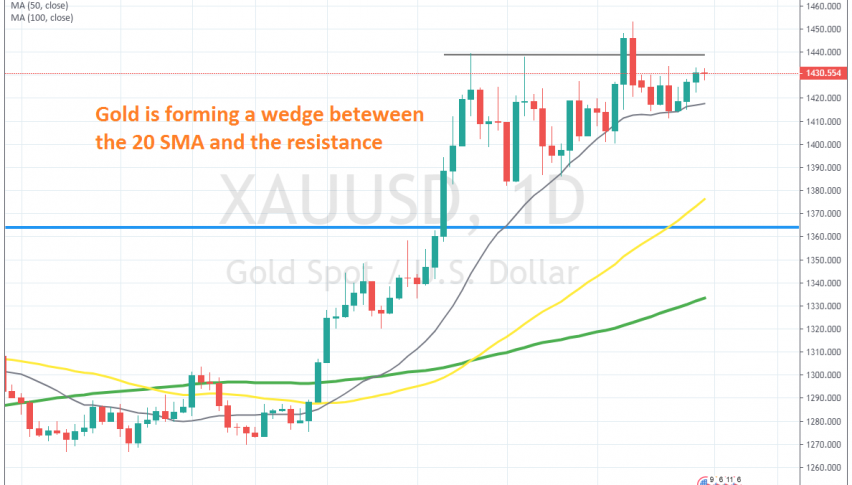 Today's FED meeting should give Gold some direction

Particularly in June, we saw a big surge in Gold, shooting from around $1,280 in late May to $1,453 earlier this month. Buyers finally broke above the long term resistance level around $1,440 after failing to take it out twice in June. They pushed above that level this month, although the uptrend has lost pace.

Nonetheless, Gold has been finding solid support at the 20 SMA (grey) on the daily chart. This moving average has been providing support throughout the week and it has pushed Gold higher. The lows have been getting higher as the 20 SMA pushes up, but the new resistance still remains.

This price action is forming a triangle in Gold and triangles are bound to explode in either direction. At the end of last week we saw another pullback lower, but the 20 SMA held again and the price is climbing back up. This moving average seems like a good place to go long on Gold now, so we will try to pick a trade down there if Gold retraced down again.