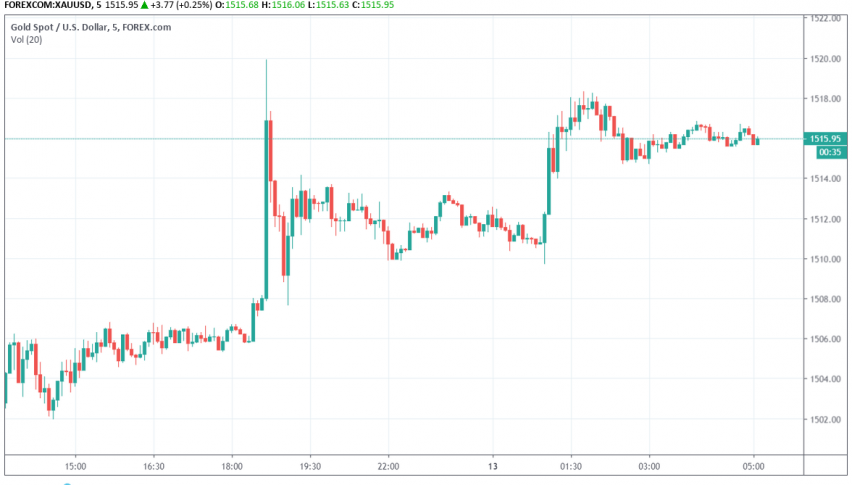 The precious metal gold climbed to its highest levels in over six years early on Tuesday over rising tensions in Hong Kong and Argentina. At the time of writing, GOLD is trading at a little above $1,515.

The protests in Hong Kong escalated and resulted in the closure of its airport on Monday. While the protests had initially begun in a bid to oppose an extradition bill to mainland China, it has now grown into a more significant call for democracy. People’s Armed Police has been gathering in the nearby city of Shenzhen, possibly to take on the protesters’ uprising in Hong Kong.

Meanwhile, the political situation in Argentina continues to deteriorate following the defeat of incumbent President Mauricio Macri in primary elections. Stock markets and the Argentinian peso have crashed and uncertainty reigns over its financial outlook.

Against the backdrop of the escalating US-China trade war, these latest political developments from around the world have been weighing heavily on safe haven assets like gold. In times of uncertainty, investors tend to move capital away from riskier financial products like stock markets and into assets like gold and safe haven currencies like the Japanese yen and the Swiss franc.

Gold has also received considerable support from recent reports which suggest that the Federal Reserve could cut interest rates again. When central banks, especially the Fed, turn dovish, it decreases the opportunity cost of holding gold, making it more affordable for investors.