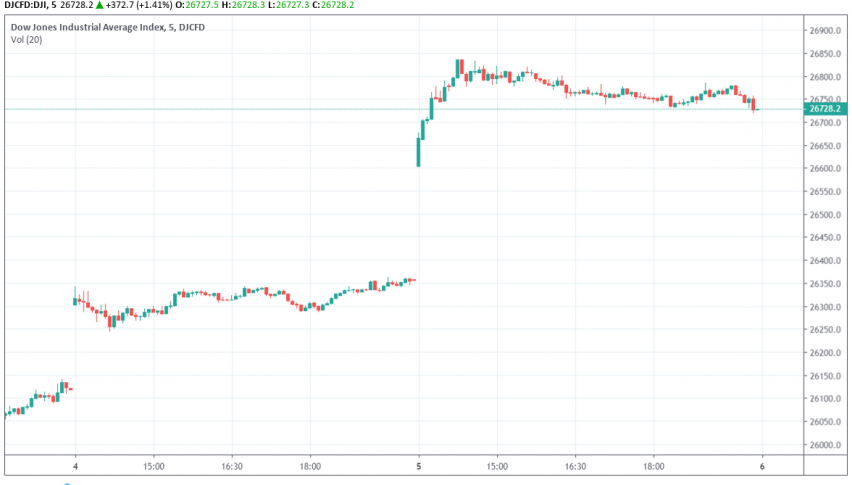 The market is trading with a risk-on sentiment after some positive development in the US-China trade war, with GOLD turning bearish while stock markets are climbing higher. Early on Friday, DOW futures are trading a little higher as well, in anticipation of the NFP figures due out later today.

The Chinese Commerce Ministry has confirmed that trade teams from the US and China are scheduled to meet in Washington next month for the next round of negotiations towards a trade deal. It’s not much, but after the recent tariff hikes from both countries, even the smallest step forward is lifting the markets’ spirits for now.

The risk-on sentiment got an additional boost with the release of a stronger than expected ADP private employment report. According to the report, US private payrolls grew at the fastest pace in four months in August, adding 195k jobs vs. 142k in July and 140k forecast. At the time of writing, the Dow Jones Industrial Average Index DJIA is at a little above 26728.

Stock Markets Bullish Today, But S&P500 Needs to Overtake the 20 SMA
1 day ago

GBP/USD Struggles Below Trendline Resistance $1.2300 - What’s Next?
2 weeks ago