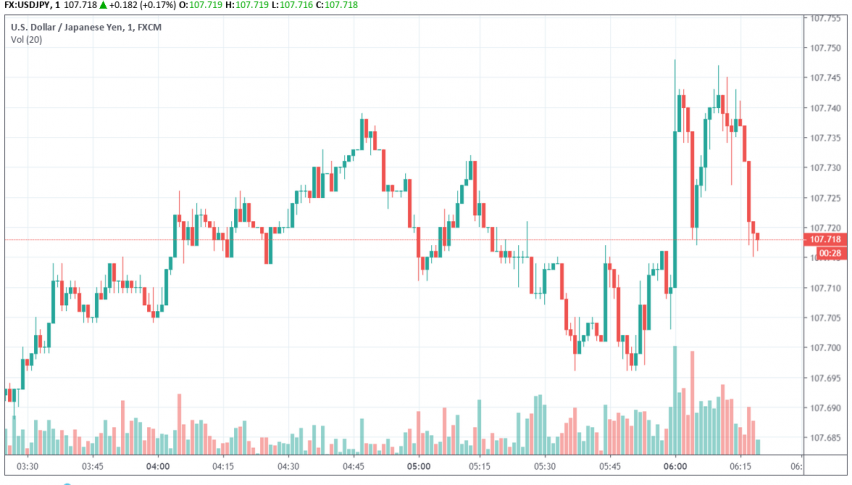 Early on Monday, the Japanese yen is weakening against the US dollar as US-China trade tensions ease following “promising” negotiations between the trade teams from the two countries last week. At the time of writing, USD/JPY is trading at around 107.71.

The risk appetite has improved so far this week after both the US Trade Representative’s office and the Chinese Commerce Ministry stated that the talks progressed well and confirmed the next high-level talks for October. However, the market sentiment remains more cautious as there is still no clarity on whether these trade talks would lead to a deal anytime soon.

On Friday, US President Trump gave off mixed signals and confused markets when he remarked that he was not interested in a partial deal with China and wanted all differences to be resolved. Some news reports also suggest that Trump’s remarks led to Chinese officials cancelling goodwill visits to US farmers after the round of discussions.

Expect few moves and low volatility in USD/JPY on account of a public holiday in Japan today. However, there could be some movement in the currency over the release of US manufacturing PMI in the US session today.