The Rhetoric Between US and China Heats Up, But Markets Remain Calm - Forex News by FX Leaders

The Rhetoric Between US and China Heats Up, But Markets Remain Calm

US and China reached a partial trade deal last month, which improved the sentiment in financial markets a great deal. As a result, safe havens have turned bearish, with USD/JPY running higher. But, we have heard some comments recently implying that the trade deal might be postponed for December.

Today, US Secretary of State Mike Pompeo was speaking in Berlin and he made a few comments which China didn’t like. Below are his comments and China’s response: 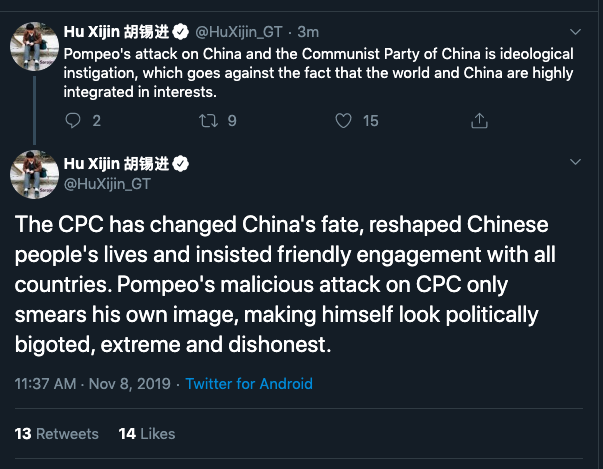 Sub-Par Metrics Put Pressure On The Greenback
5 hours ago