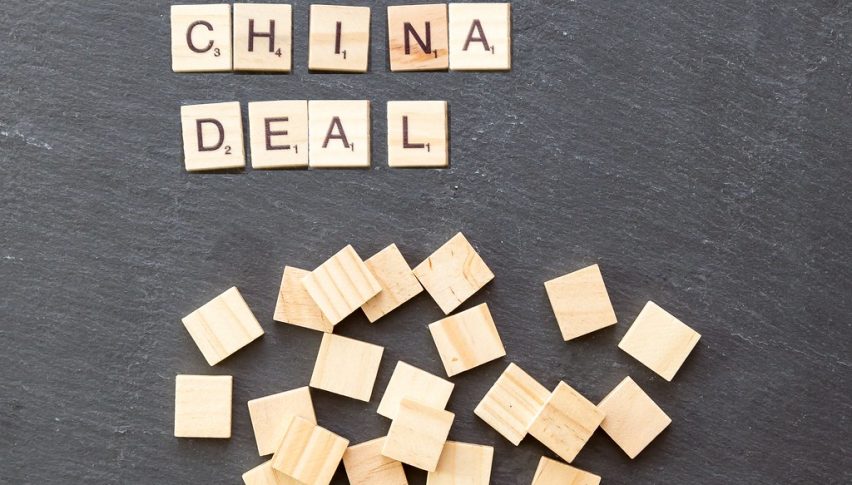 The sentiment in financial markets turned negative earlier this week after comments from Donald Trump that he might postpone the Phase One deal with China until presidential elections next year in China. The disappointing US ISM manufacturing report on Monday also played a part in this, as it showed that this sector is falling deeper in contraction, instead of improving. But, yesterday we heard Donald Trump say that trade talks with China are going pretty well, while Bloomberg posted a report which said that the Phase One deal might be official on December 15.

That improved the sentiment, although markets are not running away with it. Instead, they are being cautious, but with a slight bias for risk. China’s commerce ministry said earlier today that we are in close contact with US on trade. That kept the sentiment slightly positive, but cautious nonetheless, since we have been at the final stage for the trade deal and Brexit before, but haven’t quite passed the barrier. OPEC have begun their meetings in Vienna but so far there is no clear suggestion of what decision they may reach, though there is some chatter of deeper output cuts potentially. That has kept WTI Oil bullish, although i don’t think OPEC will cut production again, they are just playing their cards to increase oil prices. 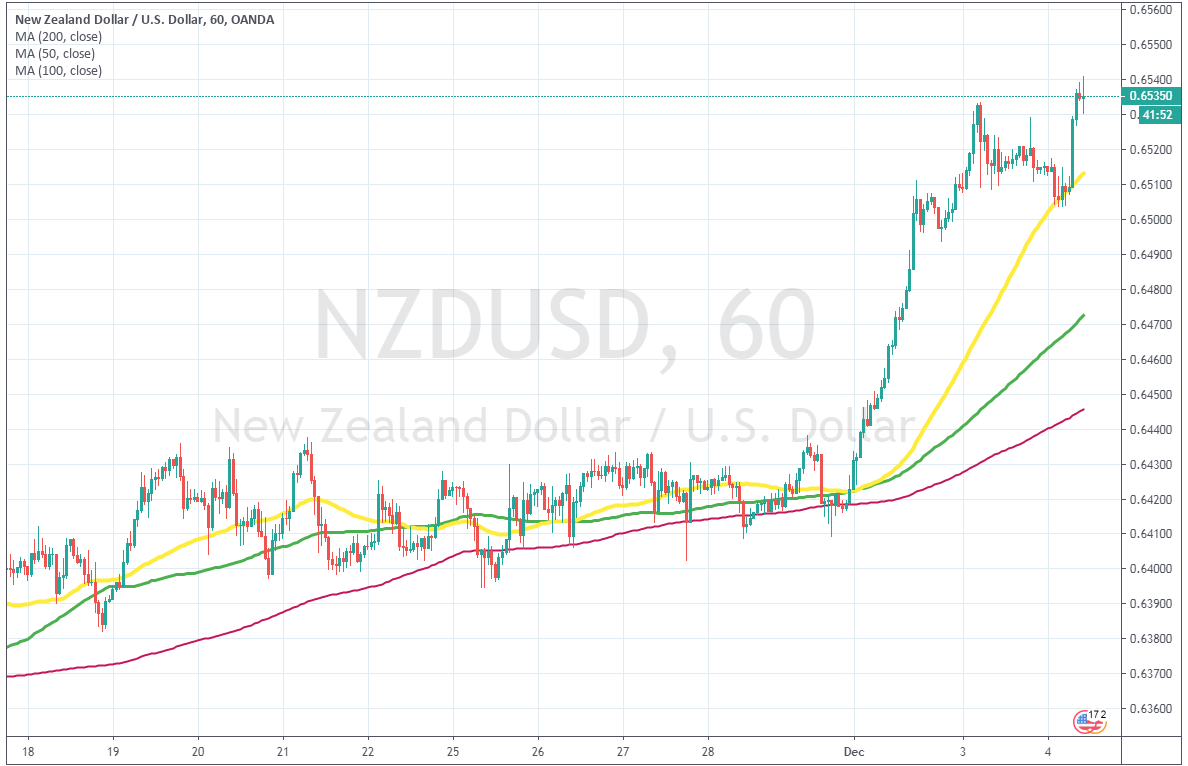 The 5100 SMA ended the retrace down today

NZD/USD made a bullish reversal at the beginning of October, which looked just like another retrace higher before sellers pushed further below. But, sellers didn’t come back and we haven’t seen them since then. We have seen several pullbacks lower, but buyers have come back and have kept things in control.

The sentiment has improved for risk assets, as we approach the final stage of the Phase One deal between US and China. There have been events and comments which have taken this deal back and forth, such as Donald trump’s comments yesterday that he might postpone the deal until Chinese elections are over, responding to China targeting Trump’s electorate with retaliatory targets.

But, today we heard form Bloomberg that the deal might be signed off on December 15, despite the heated rhetoric, which calmed the nerves. Donald Trump also helped the sentiment when he said a while ago that talks with China are going very well.

NZD/USD had retraced lower during the Asian session, but  the 50 SMA (yellow) provided solid support on the H1 chart. The price bounced off that moving average as the sentiment improved after Trump’s comments at the NATO summit. So, this pair is pretty bullish now and we will look to open a buy signal on another pullback lower, to the 50 SMA.

The sentiment has been pretty negative in the last two days, with stock markets retreating lower and safe havens surging higher. But, that has changed in the last few hours, especially after the report from Bloomberg and comments from Donald Trump. Forget the economic data, words hurt more than data these days.

USD/CAD Surging Toward the 50 Daily SMA, Despite the $6 Rally in Oil
9 hours ago

Will the Eurozone Fall Into A Recession, or Will It Avoid That?
4 days ago