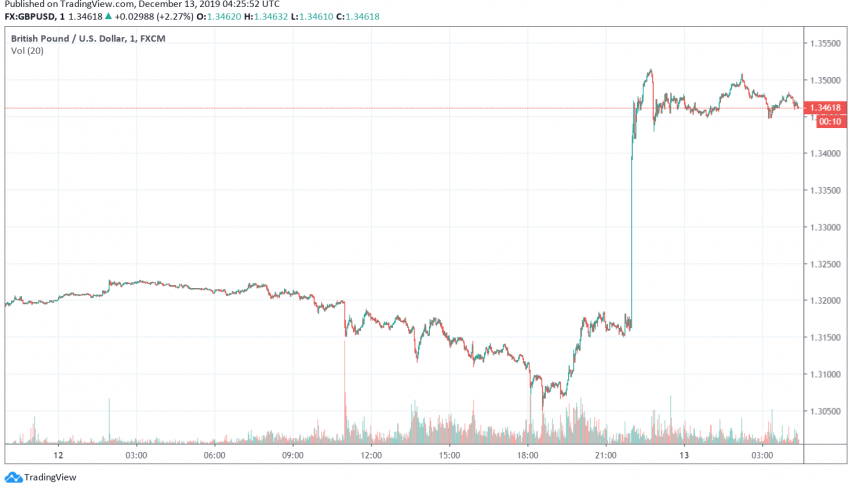 On Friday, the Pound has soared to a yearly high against the US dollar as markets look forward to a solid victory for PM Boris Johnson’s Conservative Party in the elections. At the time of writing, GBP/USD is trading at around 1.346.

Early exit polls on December 12 indicate a strong win for the Tories, with Johnson’s party expected to win around 368 out of 650 seats in the parliament. This helped GBP/USD gain around 2.2%, helping it trade at its highest level seen since June 2018.

If the Conservative Party comes back to power with a majority, Johnson will have the support he requires to pass the latest withdrawal agreement, his Brexit Bill, through the Parliament and get Brexit done by the latest deadline of January 31, 2020. The next focus area will then be Britain signing trade agreements with the EU and other nations worldwide for fostering post-Brexit trade relationships.