Forex Signals US Session Brief, Jan 7 – The USD Steadies As Rhetoric Between US and Iran Fades - Forex News by FX Leaders 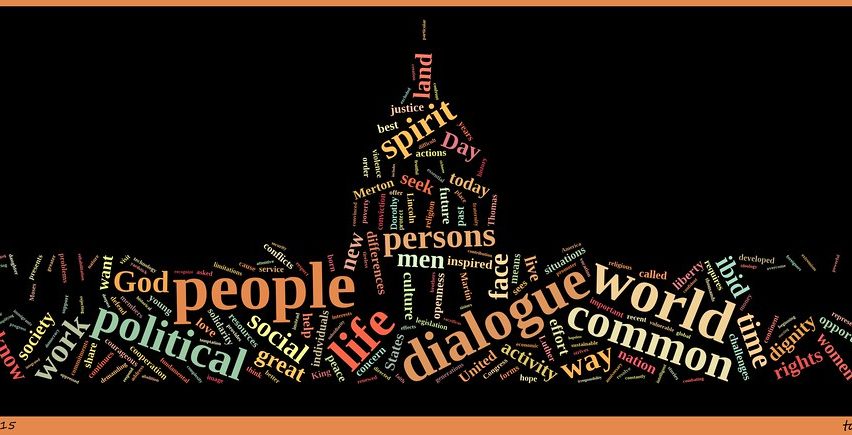 Forex Signals US Session Brief, Jan 7 – The USD Steadies As Rhetoric Between US and Iran Fades

The sentiment has been negative since last Friday, following the attack on top Iranian military leader, which has turned risk assets bearish and safe havens bullish. The rhetoric has been strong in the following days, keeping the sentiment negative, but today the sentiment has improved somewhat as threatening comments have declined. We did hear Iran’s Supreme National Security Council who said to be assessing 13 retaliation ‘scenarios’ against the US and warned that even the weakest one will cause a ‘historic nightmare’. But, markets were little moved on that.

We also some decent economic numbers from the Eurozone today, after the slight improvement in services PMI yesterday. Headline CPI (consumer price index) inflation increased to 1.3% in December, from 1.0% in November, while core inflation remained unchanged at 1.3%. Retail sales posted some nice gains though, which were elevated due to the Black Friday as well, but the Black Friday is not a big thing in Europe. Although, risk aversion is coming back right now. 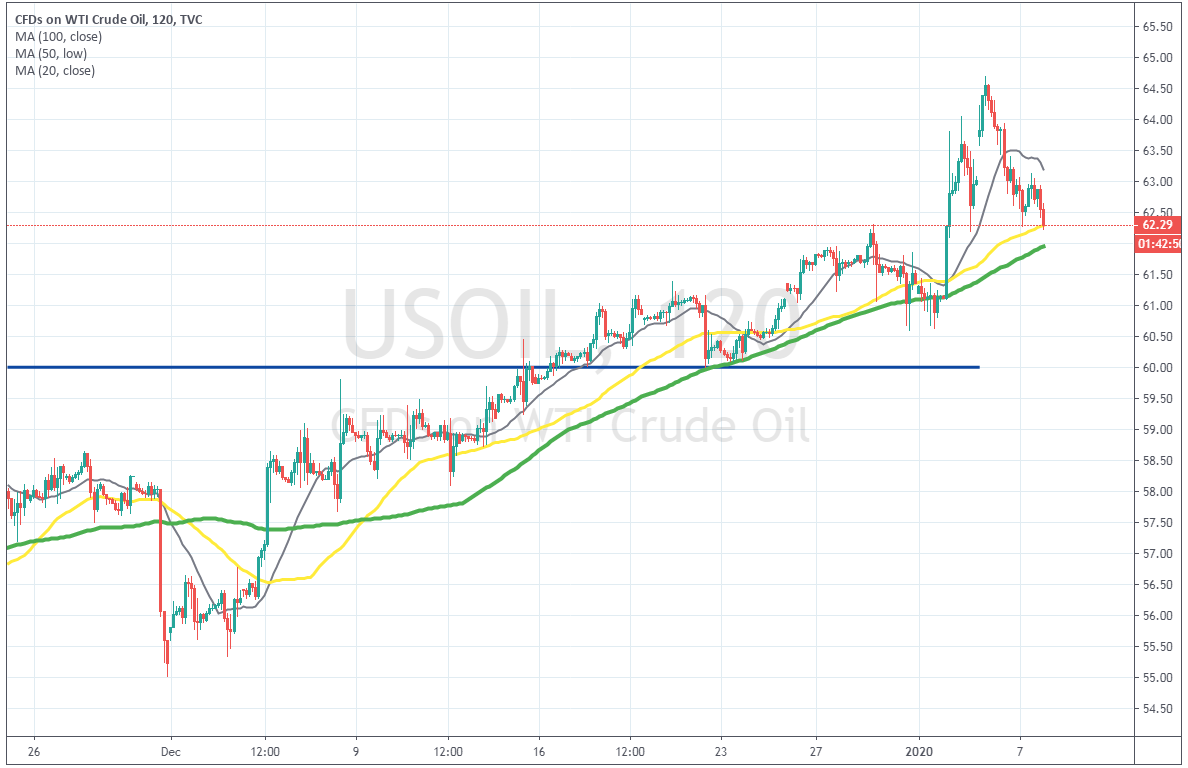 Crude Oil has turned quite bullish, especially in December. OPEC+ decided to place additional production quotas at the beginning of the month and WTI crude broke above the big round level at $60.The climb continued, but after the attack on Iran’s Soleimani the tensions increased in the Middle East and fears of a production disruption sent crude Oil prices surging again.

Although, in the last two days we have seen a pullback lower. Buyers failed to reach $65 on Monday and it seems like they are staying on the sidelines, until the pullback lower is complete. The pullback seems complete now, with the price finding support at the 50 SMA (yellow).

The stochastic indicator is oversold on this time-frame, although the pullback might get a bit deeper and reach the 100 SMA (green). The initial panic after the Killing of Soleimani which sent Crude Oil surging is wearing off, hence the pullback lower. Although, that issue is far from over so, I expect Oil to turn bullish again.

The sentiment has improved somewhat today with the USD finding some solid ground after the US ISM non-manufacturing PMI report. Although, I don’t think this will last long. The non-manufacturing headline came in better than expected, but the details were weaker.

USD/JPY Reversing Down at the 100 SMA, After Higher Inflation Numbers from Japan
1 week ago
AUD/USD Coming Off the Highs After 2022 Inflation Surge, As Risk Sentiment Abates
Overnight we had the CPI consumer inflation report from Australia, with AUD/USD being on a bullish trend for a few months
1 week ago