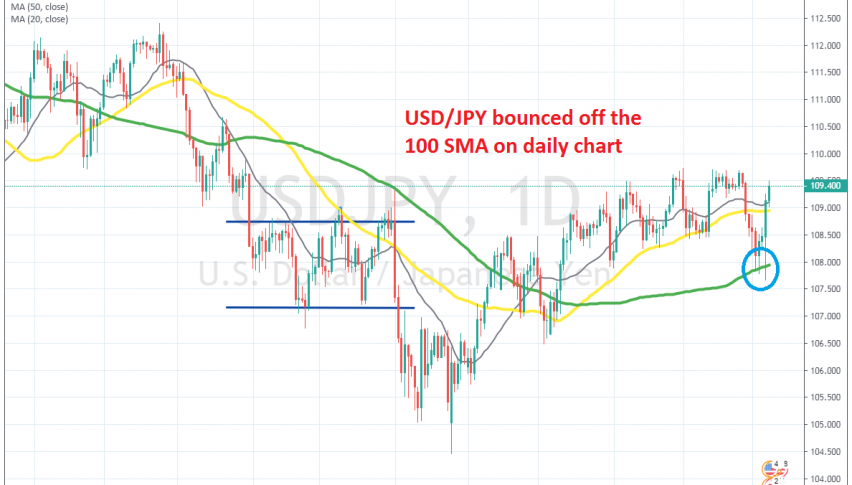 Buyers remain in control on USD/JPY

Yesterday the sentiment turned quite negative after Iran attacked some US military bases in Iraq, as a retaliatory measure for Soleimani’s killing. Traders feared a US response and further escalation, but the US played it cool and Donald Trump didn’t give any hints at attacking back. As a result, the situation improved and safe havens turned lower.

Today, the situation is calming down further and Iran’s comments on the issue are helping. A senior Iranian Guards commander was speaking on state television a while ago, making comments below:

USD/JPY was finding support at the 100 SMA (green) on the daily chart in the last several days and yesterday it bounced off that moving average. Today the upside momentum is continuing and this pair seems to be heading towards December’s highs.

So, USD/JPY will likely remain bullish as long as there is no escalation, which doesn’t seem likely now, and retraces down should be seen as good opportunities to go long.

Forex Signals Brief for January 30: Uncertainty Prevails Ahead of the FED, BOE and ECB Meetings
5 days ago