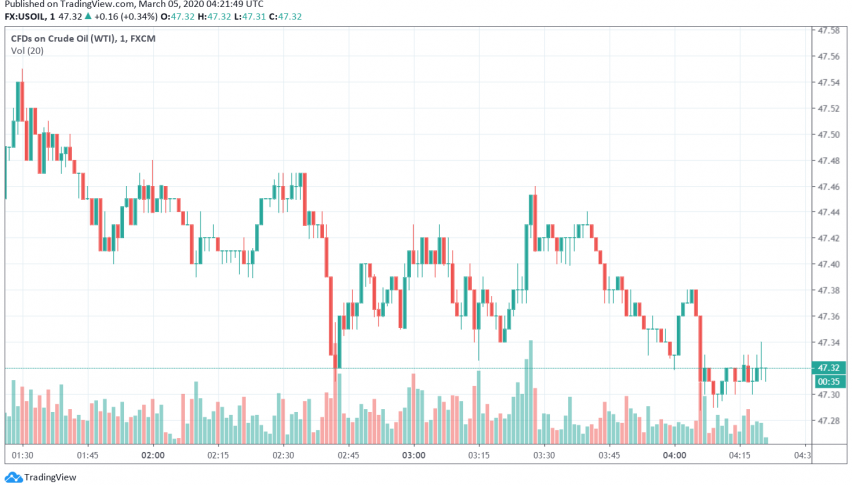 Early on Thursday, WTI crude oil prices have turned bullish, gaining over 1% and recovering from the previous session’s losses as the focus shifts to the OPEC meeting starting later today. At the time of writing, WTI crude oil is trading at around $47.32 per barrel.

WTI crude oil prices received some support after the release of the EIA report which revealed a smaller than forecast rise in US crude inventories during the previous week. According to the EIA, crude stockpiles in the US invested by 785k barrels last week, while economists were expecting a gain of 2.8 million barrels for the period instead.

In more optimistic news, crude oil exports from the US also climbed higher to 4.2 million bpd during the previous week, indicating a rise in overseas demand for WTI oil and supporting oil prices. However, oil markets expect demand to weaken in the coming months owing to the coronavirus outbreak.

The focus of the market now shifts to the OPEC meeting as traders await confirmation on whether the leading oil producers of the world will curb crude production to offset weakening demand. Meanwhile, geopolitical tensions in the Middle East have also helped prop up Crude oil prices after a Saudi-led coalition prevented an attack on an oil tanker off the coast of Yemen.

Selling Crude Oil, As it Gets Rejected at MAs
32 mins ago