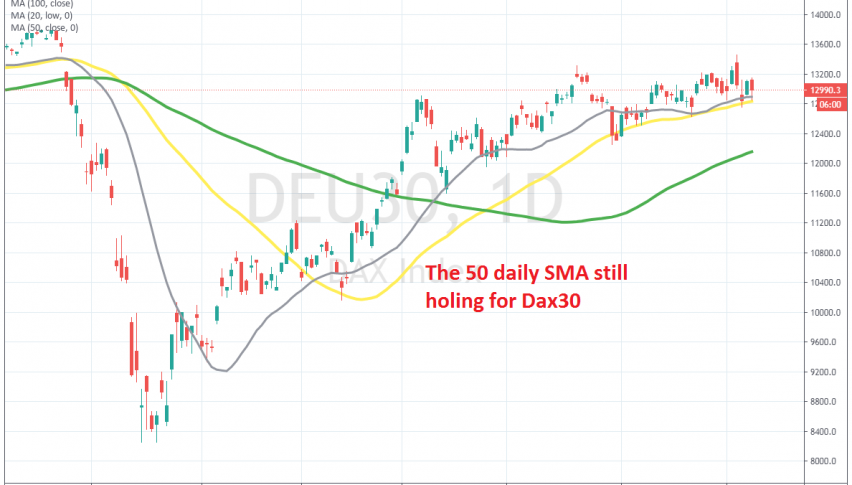 DAX Facing the 50 Daily SMA After the Retrace Down

Is the pullback over now?

Stock markets have been on a bullish trend since the middle of May, when both the crash from the coronavirus breakout and the resulting surge in the USD, due to the panic, stopped. However, certain stock indices haven’t quite made up for all the losses during that crash.

The German Index DAX 30 is one of them. The trend remains bullish on the daily chart, as shown below, but the pace has slowed considerably. Since early June, the Dax has only climbed around 450 points/ticks from the high back then. But at least the moving averages are helping to keep the pressure on the upside.

In mid-May, the 50 SMA turned bullish initially, when the price moved above it. When the trend picked up pace, the 20 SMA took over that job, but since the end of July, the 50 SMA has been providing support. On Friday last week, we saw a reversal lower, but the 50 SMA has held well twice this week. We might try to open a long-term buy signal here, if we get a reversing candlestick, such as a doji or a hammer/pin.