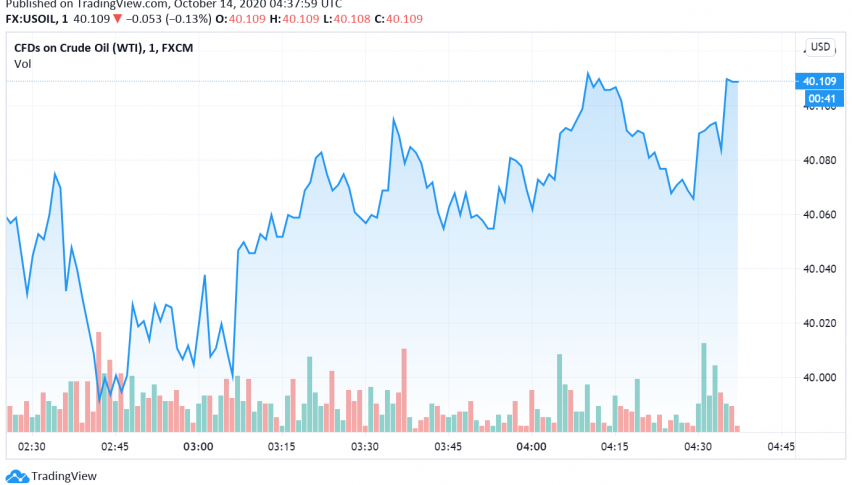 WTI crude oil prices are trading somewhat steady as markets continue to worry about weak demand even as several countries impose fresh restrictions to counter the resurgence in coronavirus cases. At the time of writing, WTI crude oil is trading at around $40.10 per barrel.

The OPEC has revised its oil demand forecast for the next year in its latest monthly report. The report, which released on Tuesday, states that oil demand could increase by 6.54 million bpd to touch 96.84 million bpd in 2021. This figure is 80,000 bpd less than the group’s forecast from last month, indicating that the pandemic’s impact on crude oil is likely to extend well into next year.

OPEC+ is expected to taper production curbs on crude oil starting January 2021, according to the energy minister of the UAE, Suhail al-Mazrouei. For now, crude oil prices are holding steady even as OPEC and allies maintain that they will honor commitments for deeper supply cuts.

Crude oil prices have also come under pressure from the resumption of oil production in the Gulf of Mexico after Hurricane Delta made landfall last week, with shut output decreasing from 69% on Monday to 44% by Tuesday. The API report is scheduled to release later today, with economists expecting crude inventories to have declined over the past week.