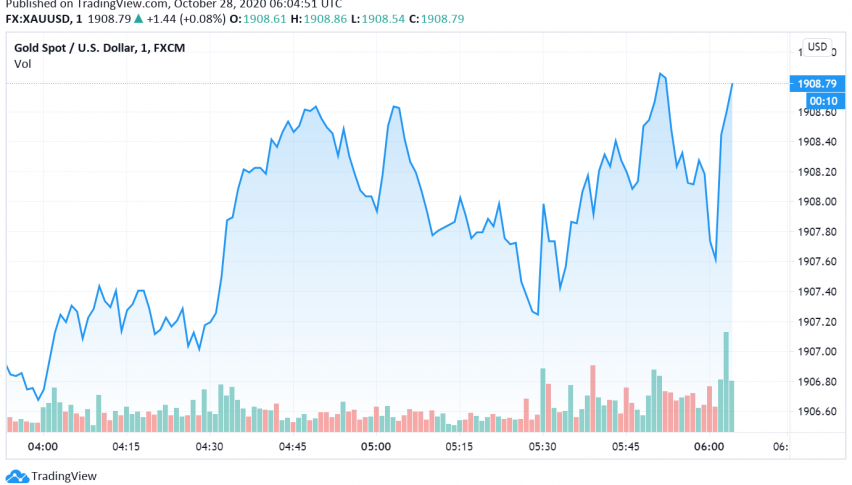 Gold Trades Cautious as US Fiscal Stimulus Likely to Get Delayed

Early on Wednesday, gold prices are experiencing a slight weakness as a result of a possible delay in the announcement of the next round of fiscal stimulus measures in the US. At the time of writing, GOLD is trading at a little above $1,908.

Although both Democrats and Republicans signaled that their discussions were making progress, the Trump administration had expressed doubts on whether the bill could pass ahead of the presidential elections. Gold turned bearish after President Trump stated that the financial aid was likely to be passed only after the elections next week.

The yellow metal also weakened on the release of positive economic data from the US, with core durable goods orders rising to the highest levels in six years during September. Meanwhile, consumer confidence in the US also came in upbeat, although the reading registered a slight dip since September.

Gold, however, enjoys support over the possibility of France announcing a nationwide lockdown to combat the recent spike in coronavirus cases across the country. In addition, net gold imports into China through Hong Kong have also increased, an indicator of improvement in economic conditions in the world’s second largest economy. 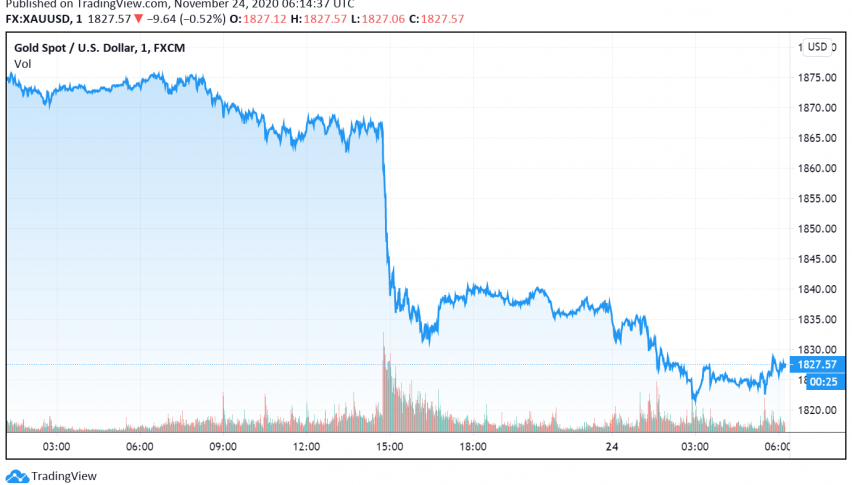