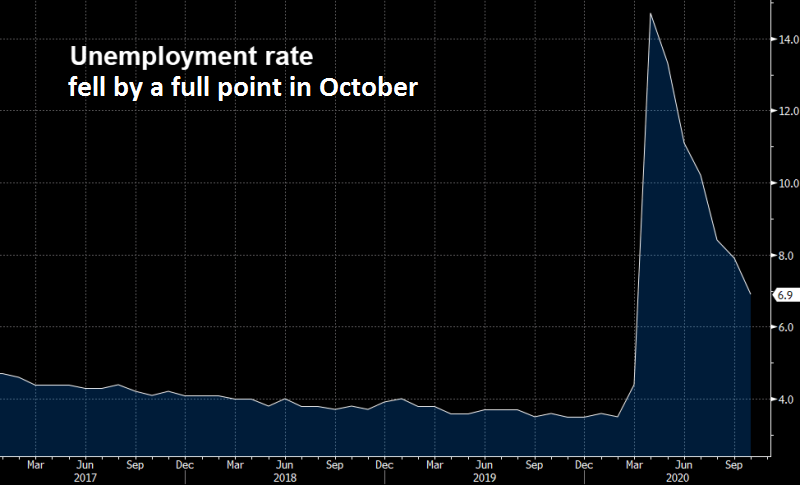 US Unemployment Rate Posted A Decent Decline in October

Now unemployment is getting back to normal in the US, faster than in Europe. All these positive data from the US should turn the USD really bullish, but markets are on limbo due to the elections in the US.

Unemployment falling by a full point with a 0.3 pp rise in participation is wildly impressive. Everything about this report is impressive. You would expect a stumble at some point but it never comes. The proxies for this report were weak but there’s nothing like that in the data.
No amount of new cases seems to slow down the recovery as companies and people learn to work around the pandemic. The FX market has hardly moved on the data but that’s not a big surprise given the backdrop around the election.
Check out our free forex signals
Follow the top economic events on FX Leaders economic calendar
Trade better, discover more Forex Trading Strategies

Decisive Time for Oil at MAs, As OPEC+ Comes Back
17 hours ago
Weekly Outlook, Apr 12-16, 2021: Top Economic Events to Watch This Week
The broad-based U.S. dollar is going to end this week on the bullish track even as downbeat U.S. jobs figures and a stubbornly dovish U.S...
1 day ago