XRP/USD closed at 1.40794 after placing a high of 1.56266 and a low of 1.16193. XRP/USD extended its losses and dropped for the fourth consecutive session on Sunday after SEC targeted Ripple’s foreign partners. Over the weekend, a letter motion was submitted to Judge Sarah Netburn by Ripple’s lawyers claiming that the SEC was trying to obtain documents from its partners overseas. The letter suggested that the Commission had made at least 11 MoU requests to other foreign regulators requesting documents from Ripple’s foreign partners.

Ripple asserted that the SEC was trying to bully its partners into cutting ties with them and it requested  the court to stop the Commission from conducting any discovery outside its jurisdiction. Ripple also accused the SEC of violating federal rules by refusing to disclose its communications with other foreign regulators fully. These developments in a lawsuit against XRP by SEC drove XRP prices on the downtrend. The losses in XRP/USD escalated further following the recent decline in the cryptocurrency market over the weekend, likely to be driven by the Turkish ban on cryptocurrency transactions. 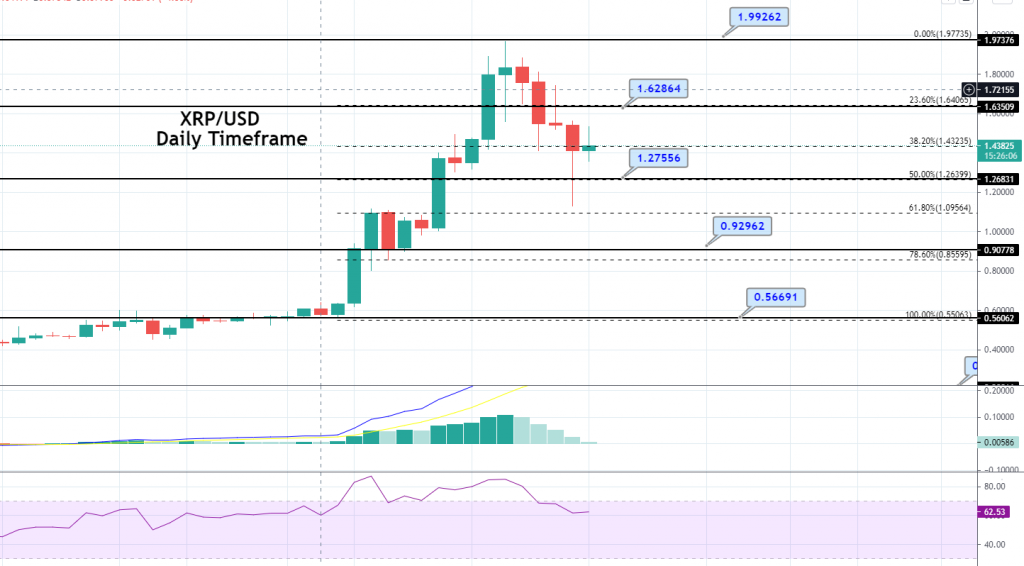