XRP/USD closed at 1.30850 after placing a high of 1.48628 and a low of 1.30654. It dropped for the fifth consecutive session on Monday and extended its losses amid the ongoing lawsuit against Ripple by SEC. Many wondered if XRP would even survive when the US Securities and Exchange Commission filed legal action against Ripple Labs and its 2 top executives in December. The case was that the XRP coin was a security, and the firm behind it had raised over $1.38B through unregistered security in 2013.

After this lawsuit, many exchanges delisted XRP, and some asset managers sold their tokens. The currency also lost its place as the top three currencies by market cap and was even dropped from the top 10 list. However, Ripple’s fight against its lawsuit supported its coin spectacularly. As of mid-April, the coin has increased about 532% in just one year, and things have turned in its favor recently in the lawsuit, with the defendants prevailing in two discovery rulings. The firm also won access to the SEC‘s internal memos and minutes concerning crypto discussions.

On Monday, the Wall Street Journal editorial board criticized the US SEC to confuse its approach to cryptocurrencies. According to WSJ, the regulators created danger for retail investors, as exemplified by the SEC’s lawsuit against Ripple over its alleged issuance of native currency XRP as unregistered security. The findings in this case have highlighted the inconsistency of the SEC’s approach in not treating ETHEREUM and BITCOIN as securities. Despite all this positive news, XRP continued falling on Monday amid the recent market crash by declining Bitcoin prices. 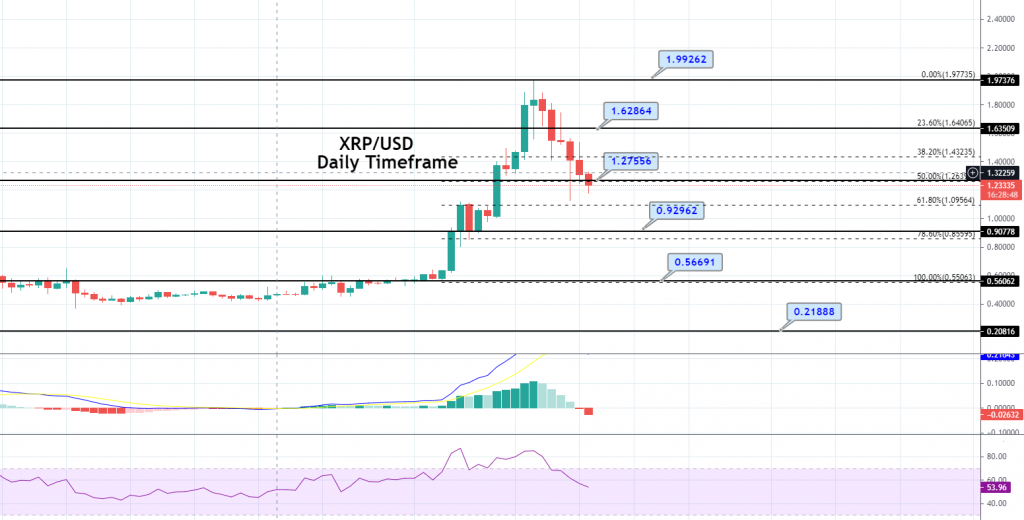 Be the first to think positive again, there is no need to think prices will drop unless we all are made to think so and follow these speculative thoughts…. Good luck and happy trading!