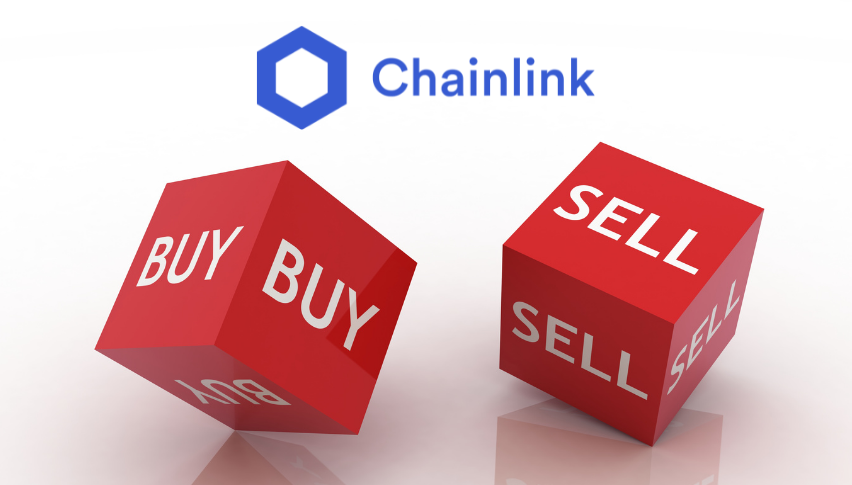 Chainlink (LINK/USD) Remains in the Bearish Zone, Despite Recent Surge

Chainlink (LINK/USD) has enjoyed a stellar rise since the last days of July, rising from a low of about 13.5 on July 22 to a high of slightly above 36 on September 6. However, LINK/USD is yet to recover from the bearish momentum that began on September 7.

It reached a low of 21 on September 22, after breaking below a support area around 25, which has now turned into resistance. Since then, LINK/USD has been making bullish turns.

At the time of writing, the crypto token was trading at 24.9, right below the support area. Any attempted break above the newfound resistance has been muted. 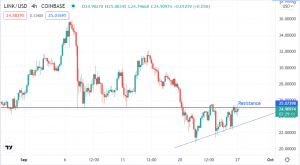 Looking at the 4-hour chart above, we can see that LINK/USD is trapped below the resistance level. However, it shows some bullish signs that could see it break above for a new bullish momentum. The crypto token is already making higher lows from the September dip.

Currently, LINK/USD is on a short-term bullish trendline that, together with the resistance, forms an ascending triangle. Will LINK/USD break above the resistance to sustain the bullish momentum?

The Cardano-Chainlink partnership is good news for Chainlink enthusiasts, who have been looking forward to the platform delivering on its promise. Since the news, LINK/USD has attempted to break higher, but the resistance has held it back.

With the improved sentiment, we could see LINK/USD trading higher, but we need to watch key breakouts before entering a buy trade.

If buy trades are confirmed on LINK/USD, targets could be placed at around 28, 29.5 and 31, which have acted as market event areas before. Happy trading! 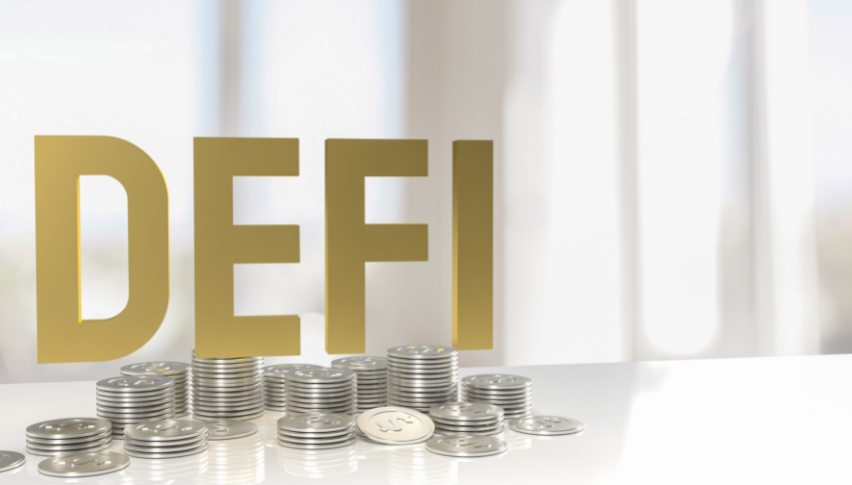 Five DeFi Coins to Watch out this December
3 days ago

Polkadot (DOT/USD) Flashes Bullish Signs. Is the Bearish Market Over?
5 days ago