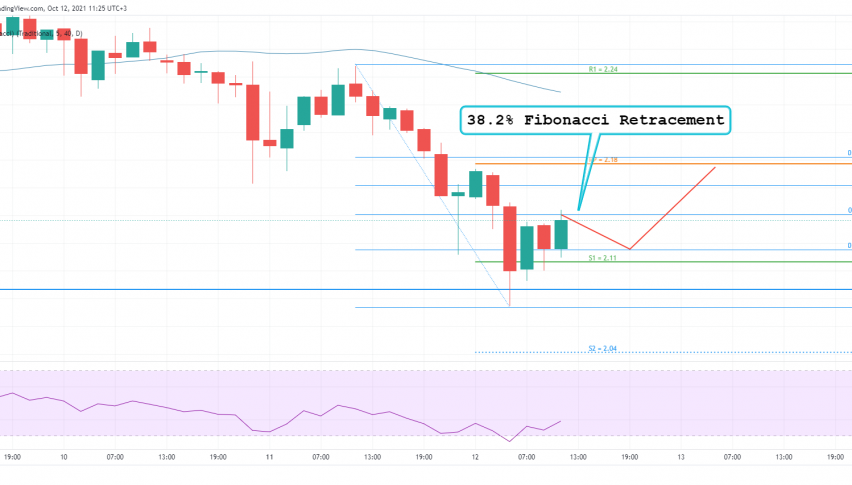 Cardano, like its contemporaries, has struggled to gain traction amid the ongoing bullish surge. The smart contracts token could not break over the minor barrier of $2.4, leaving the next barrier of $2.5 untested. The downward trendline also added to the upward pressure, which triggered a sell-off until $2.1. At the time of writing, ADA/USD is trading at $2.11, with bulls battling to keep the price afloat and avoid a drop to $2.

It is worth noting that sellers have the upper hand, backed by negative signs from the MACD and the RSI. Because the former has crossed below the mean line, the odds are stacked in favor of the bears. Furthermore, the RSI indicates that bears are becoming more aggressive and may successfully bring Cardano to $2.

Bitcoin’s price has risen by roughly 26.9% this month, following an 11.6% increase a week earlier. It has gained 3.47% on the day and is now trading at around $57,261, having once again surpassed a market cap of $1 trillion. In comparison, altcoins such as Ethereum and Cardano have performed poorly, increasing by 21% and 13% in the last ten days, respectively.

Besides, Cardano (ADA) consolidates inside a symmetrical triangle, which usually serves as a continuation pattern. If bears sink and sustain the price underneath the triangle’s support line, the correction could resume. On the downside, if overhead pressure explodes, the demand zone around the 200 SMA will support bulls seeking safety.

This is a wise choice for both parties. Cardano is entering an ecosystem with 2.8 billion gamers globally. As a result, Rival is expanding its client base to include English Premier League (EPL) clubs. In addition to NBA teams such as the Detroit Pistons and NFL teams such as the Seattle Seahawks.

Cardano Foundation CEO Frederick Gregaard also commented on the cooperation with Rival, asking, “What better way to accelerate adoption than tapping into a market of 2.8 billion gamers worldwide?”

“Gamers are already familiar with tokenization, as some of the early games featured virtual currency applications.” In many respects, our collaboration with Rival is a natural next step,” he added.