Traders and analysts of financial instruments, apart from the fundamentals, use a number of indicators to figure out what might happen to the price of a certain instrument. These indicators offer a simple method of recognizing patterns and predicting which way the price will trend. The use of these indicators is what makes Forex signals possible, as they allow for real-time analysis of the price action and our analysts here at FXML use them all the time.

One of these indicators is called divergence. Divergence is a leading indicator used by our analysts at FXML, and helps to significantly increase profits. The likelihood of entering in the right direction at the right time increases if used alongside other indicators such as Moving Averages (MA), RSI, Stochastics, Support and Resistance levels etc. 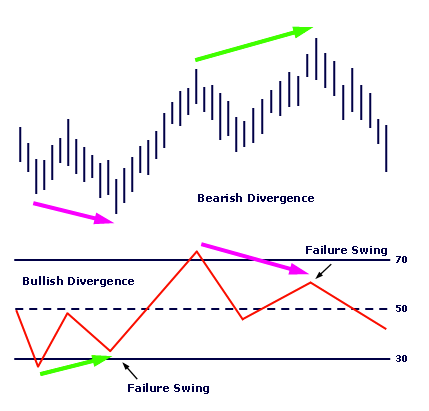 Regular divergences are used as a tool to indicate reversals. This EUR/USD 1-hour chart shows the price making a lower low during a two-day period. But the momentum in MACD and Stochastics didn't correspond to that of the price action, making higher lows. This signals a possible reversal of the trend or at least a retrace of the downtrend. Adding to this is the fact that the price was at 1.35, a big round number which has acted as support and resistance before. A long near that level would give a good risk/return ratio. 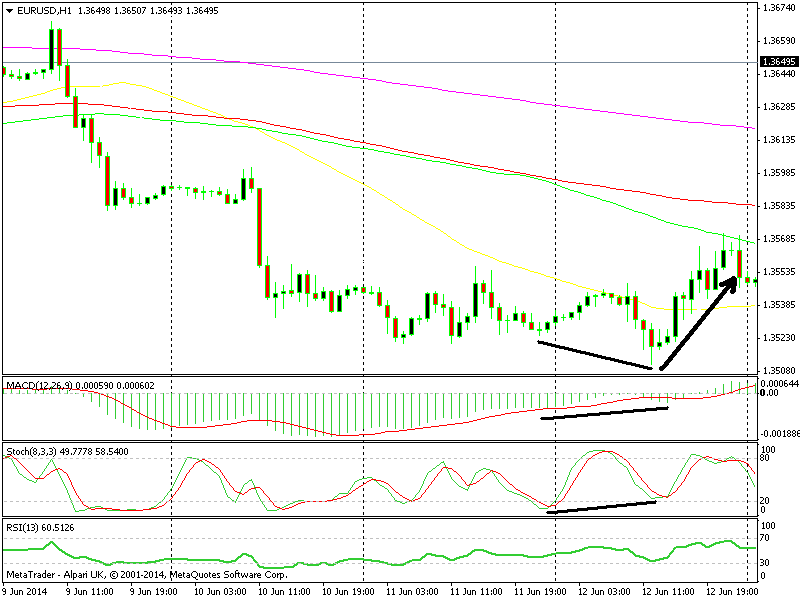 As we can see from the 4-hour chart below, the price has made a high during the previous week and then made a higher high the next week. On the other hand, all three indicators at the bottom of the chart are making lower highs. This is called 'Regular Bearish Divergence' and indicates a fall in the price to come. In this case, since we are in an uptrend, we should expect a retrace. After entering at the top, we should look to get out of the trade at the uptrend line. 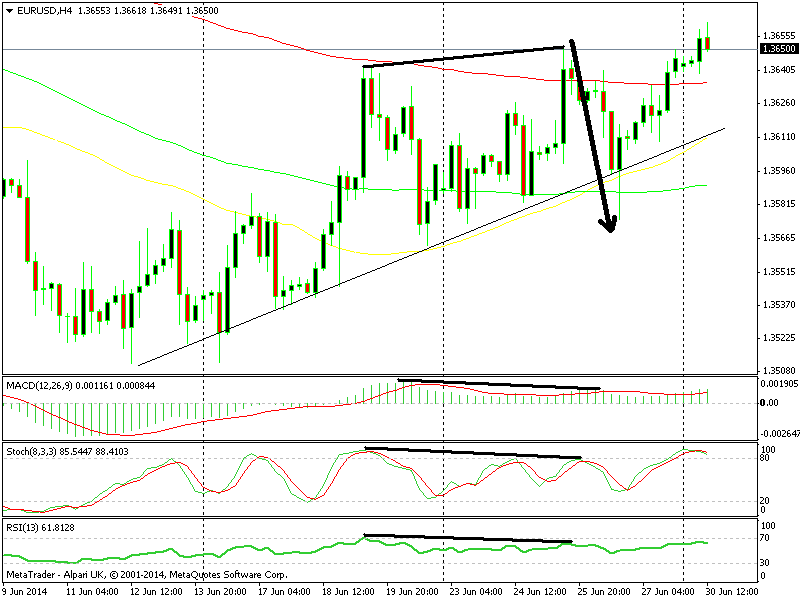 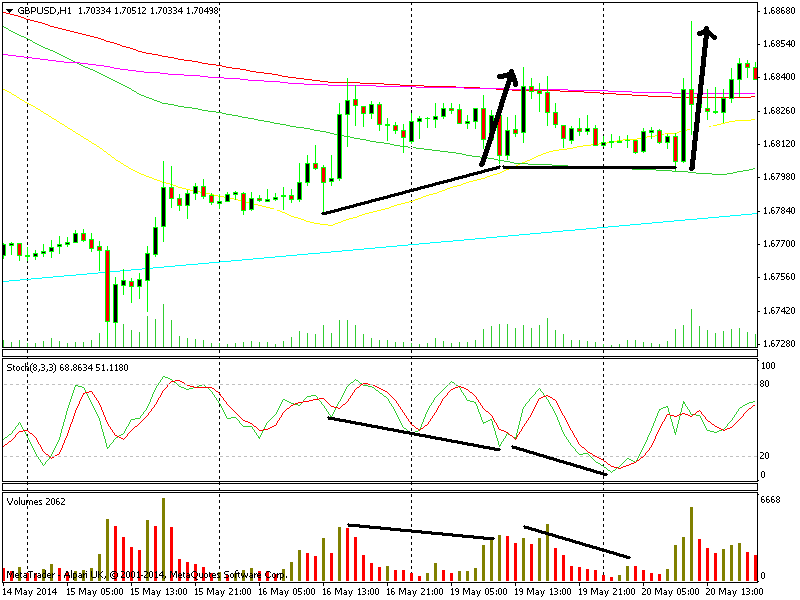 The 4-hour USD/CHF chart below gives two clear examples of hidden divergence and trend continuation. We can see that when Stochastics were nearing overbought levels and had established divergence with the price, the pair fell immediately to continue the downtrend. This was aided by the moving averages, 100 simple on the first occasion and the 50 simple on the second. 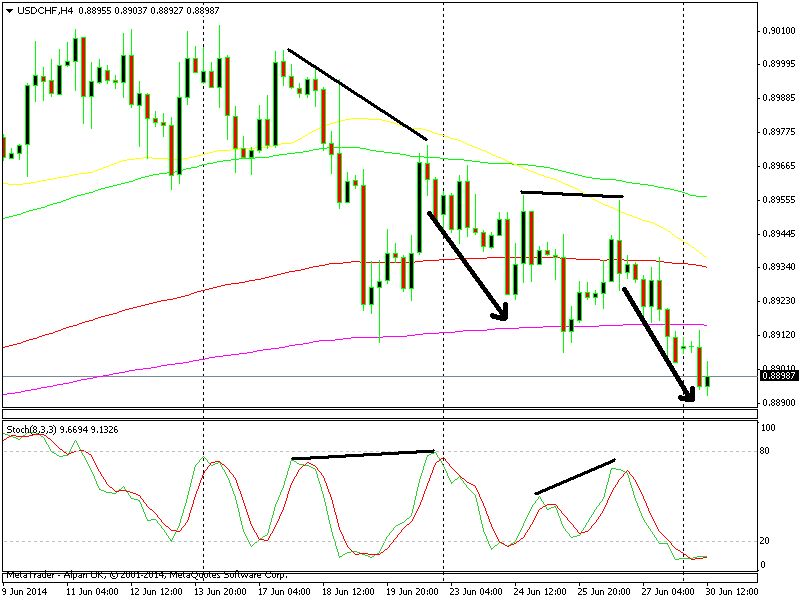 One thing to keep in mind about divergence trading

Divergence is quite easy to spot, it only requires drawing a few lines. But sometimes we look too hard at the charts. This makes us see things that aren't really there.

During consolidation or low liquidity, some small divergences between price and indicators might form, but that doesn't mean we should consider them real divergences. The chart below shows a four day consolidation period with indicators and price not correlating exactly, but shouldn't be considered a divergence. 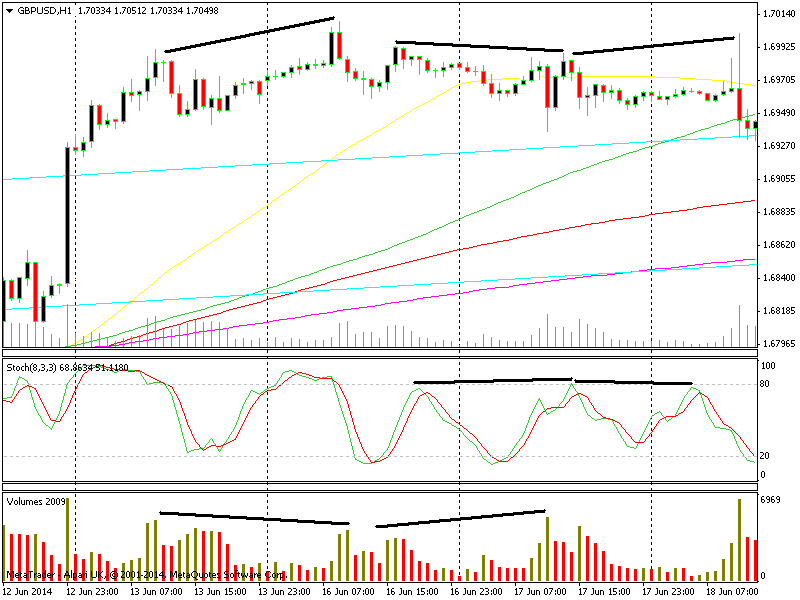 In consolidation periods not everything that looks like divergence is actually divergence so be careful.