France Holds Europe Back, While the UK Marches On - Forex News by FX Leaders

France Holds Europe Back, While the UK Marches On

Looking at the EU economic data this morning, the feelings you get from the first impression is negative. The EU 27 services PMI data slightly missed the expectations, while the miss in France was more considerable. On top of that, the Eurozone Sentinex investor confidence appears to be red as well, which means that it's another miss from Europe.

But looking deeper into the EU services report, the picture doesn't look so bleak. The Italian services PMI number beat the consensus by quite some margin, while although the Spanish and German numbers came as expected at 55.1 points, the service sector in these countries remains upbeat. 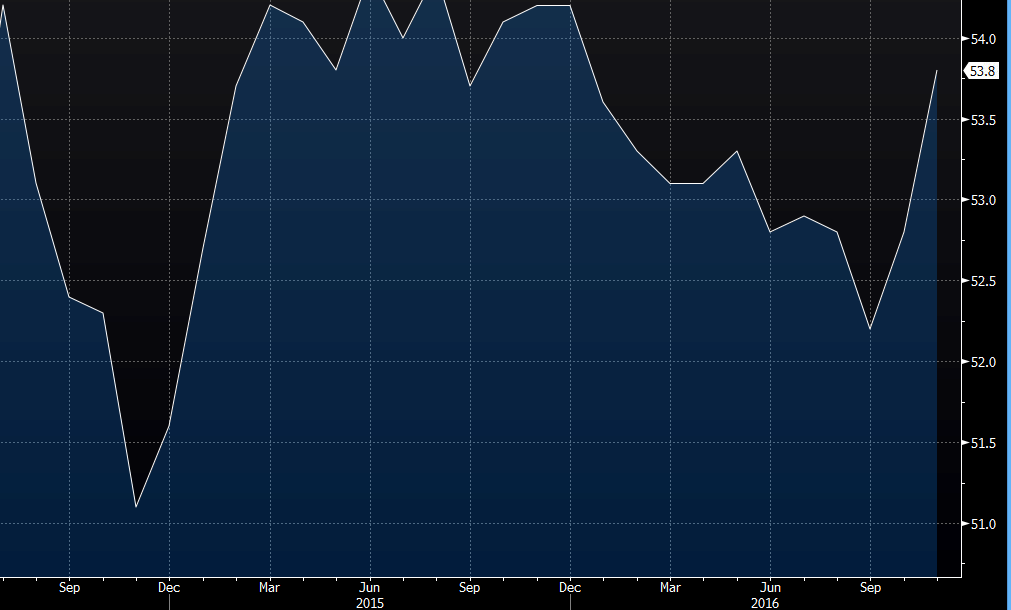 A slight miss doesn´t undo such a strong trend

At least the Italian number will offer some consolation for the Italian Prime Minister, Renzi, who is kissing his chair goodbye. That will be a loss for Italy. I guess Italy will go another 50 years without much needed reforms.

Getting back to the French services PMI data, we agree that the miss is considerable, but it is a positive number nonetheless which shows that the service sector in France has expanded in November. Besides that, the trend is clearly up as the services PMI chart shows. 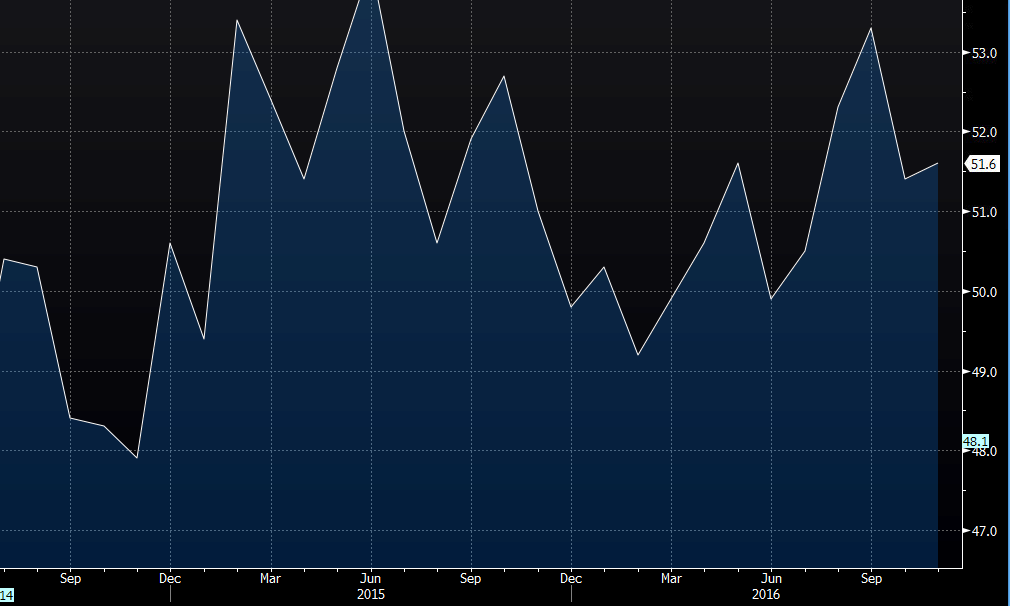 Even French services are trending up, although at a slower pace

That's not all for Euro hawks though. The retail sales jumped 1.1% in November and that's something to keep in mind. If the EU retail sales keep increasing at this pace, then the other sectors of the Eurozone economy will be pulled up much faster too. That would force the ECB (European Central Bank) to start some serious tapering chatter, but not just yet. The March meeting will be the one to watch closely for clues, in my opinion.

Just over the English Channel, the UK services sector has forgotten all about Brexit. There are a few caveats, such as the investor sentiment in the sector and the political interferences, as the financial firms feel the heat of a hard Brexit which might force some firms to leave the City and head to mainland Europe. But, it's a good report from the UK considering Brexit is knocking on the door. On top of that, the employment grew again in November and it was the strongest month since April this year.

The GBP pairs were little moved after the report was released, while the Euro is shooting for the stars with EUR/USD more than 200 pips higher from overnight lows. The price just hopped over the 200 SMA on the H1 EUR/USD forex chart, so the plan we had for this forex pair has gone out of the window now. Meh, more trading opportunities will come soon. Don't go against your forex strategy.

Skerdian Meta // Lead Analyst
Skerdian Meta Lead Analyst. Skerdian is a professional Forex trader and a market analyst. He has been actively engaged in market analysis for the past 11 years. Before becoming our head analyst, Skerdian served as a trader and market analyst in Saxo Bank's local branch, Aksioner. Skerdian specialized in experimenting with developing models and hands-on trading. Skerdian has a masters degree in finance and investment.
Related Articles
Weekly Outlook, Apr 12-16, 2021: Top Economic Events to Watch This Week
The broad-based U.S. dollar is going to end this week on the bullish track even as downbeat U.S. jobs figures and a stubbornly dovish U.S...
1 day ago

Litecoin Remains Supported by the 20 SMA
2 days ago