WTI Crude Oil fell nearly 250 pips within minutes. Recalling our previous analysis on Crude Oil, we were expecting a bearish reversal, but it happened too fast to be captured. Roughly, the black crack tumbled more than 3% over the profit taking by buyers.

The new American Petroleum Institute (API) inventory figures recorded a draw of 5.76 million barrels followed by the unexpected 0.85 million barrel build last week. Yup, these figures were supposed to increase the demand for Black Crack, but it played a reverse role. 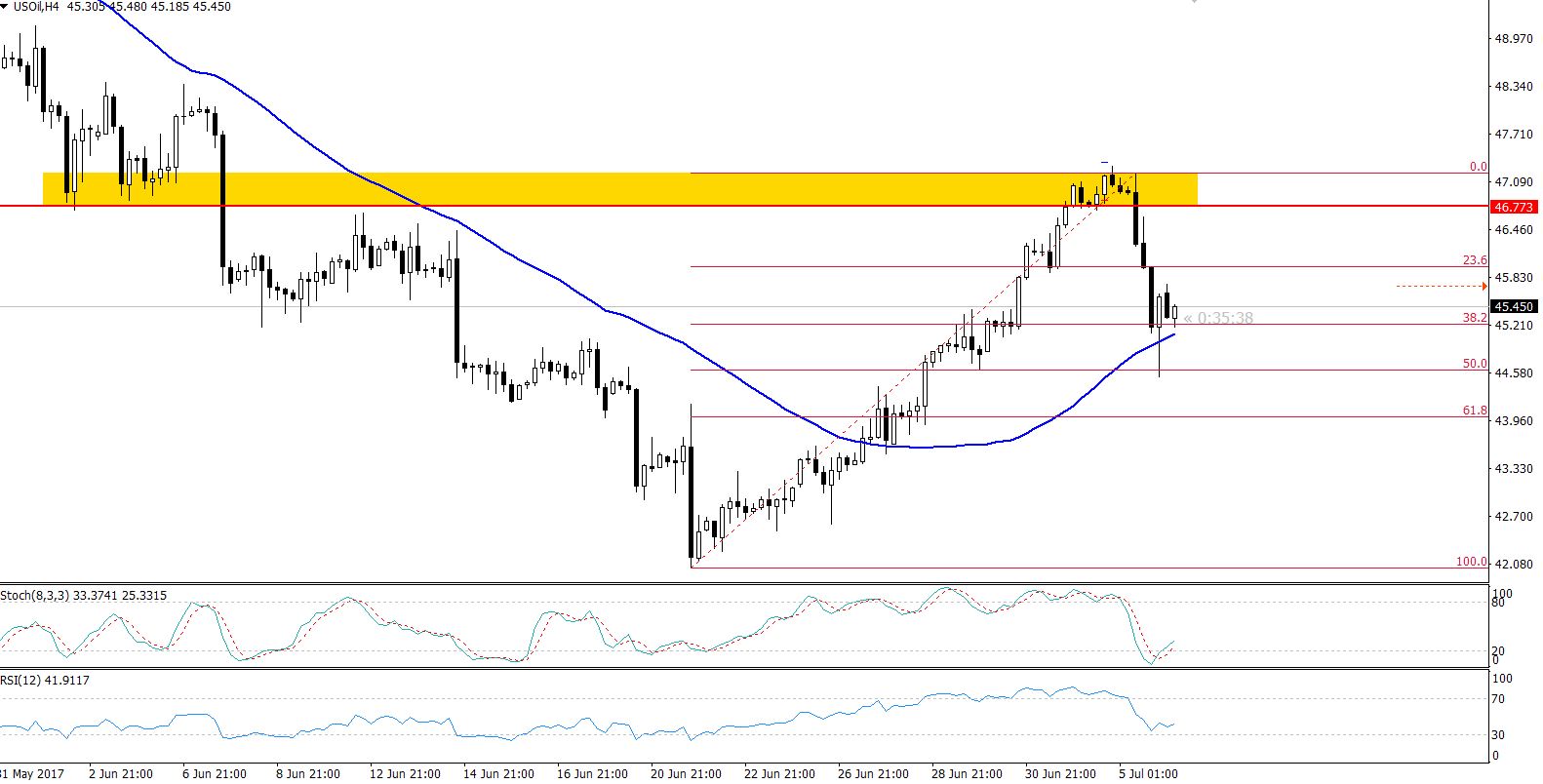 Today, investors are recommended to wait until the release of EIA report in the U.S session to avoid unpredictable fluctuations.Technically, the immediate support is prevailing at $45.20 and $44.65 while the resistance prevails at $45.60.

Now, we need to monitor the Crude Oil Inventories figures at 15:00 (GMT). These are expected to show 2.4 million barrels draw which is higher than a build of 0.1 million barrels in the previous week. At this point, the oil futures are supported by API report, now let's see what EIA has to offer us. Stay tuned for forex trading signals in the European and U.S sessions!