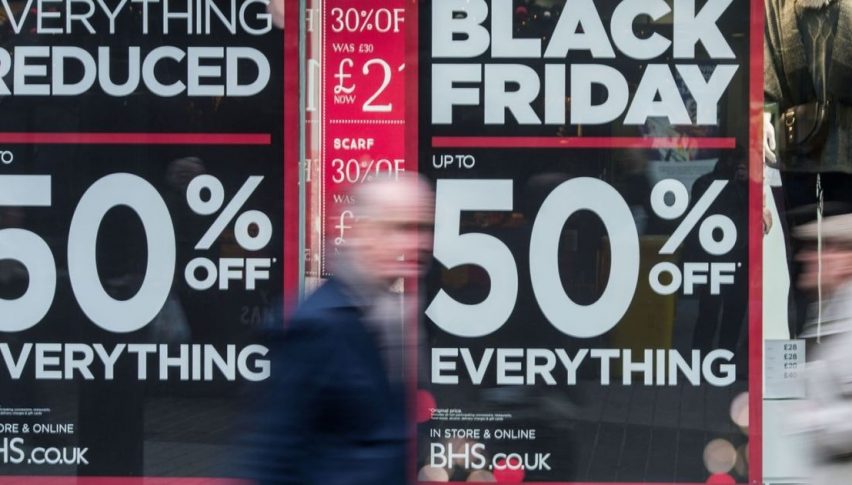 Forex Signals US Session Brief, September 20 – Another Positive Surprise for the GBP

The European session started with the Swiss National Bank meeting. They kept the interest rates unchanged at -0.75% as expected. The monetary policy assessment paper was pretty dovish, also as expected. As a result, the CHF lost some ground, but not against the USD, since the USD is the weakest currency today. The CHF experienced a period of sell-off yesterday ahead of the SNB meeting, since forex traders were aware that the SNB would be dovish today, so the damage had already been done.

We also saw another positive economic report from the UK, again. Yesterday, the CPI (consumer price index) jumped to 2.7% from 2.5% previously, which was a bit of a surprise considering that inflation has been cooling off since the beginning of the year. The GBP jumped on that report but comments on Brexit sent it back down. Today, the retail sales report offered another positive surprise for GBP buyers as it came much higher than expected and last month’s numbers were revised higher as well. The GBP has entered a bullish period now and it doesn’t seem to be turning down anytime soon.

China Hopes the US has the Goodwill to Resolve Trade Dispute – Really? The US has started it. The commerce ministry added that China won’t use Yuan depreciation as a tool to respond to US tariffs. Again, really? They have already done so this year.

Iran Will Veto OPEC Deal That Harms Its Interests – Iran’s output is expected to fall due to US sanctions and OPEC+ countries are keen to take Iran’s share. Iran is trying to keep its place saying that OPEC+ can’t decide on quotas in Algiers meeting this weekend. They added that Oil is at a suitable place at $80/barrel.

Dovish SNB – The Swiss National Bank was expected to be dovish today given the strength of the recent months in the CHF. They kept interest rates unchanged at -0.75% and sounded pretty bearish indeed. They said that the Franc is highly valued and added that they will keep intervening in the FX market. Chairman Jordan added later on that the rise in the Franc requires expansionary monetary policy.

Bitcoin Is A Bubble for Villeroy – Those were the words of ECB member Villeroy and he added that Bitcoin raises money laundering issues. Bitcoin fell to $6,090 quickly, but it was just as quick to recover. The $6,000 level has become the line in the sand for Bitcoin, hasn’t it?

UK Retail Sales for August – Retail sales were expected at -0.2% but they grew by 0.3% in August. July’s numbers were revised higher as well, so it was a very decent report and the upside in GBP/USD doesn’t seem to stop now.

Ireland Wants the UK to Give Way on Irish Border Issue – The Irish foreign minister said today that the UK hasn’t given any written proposals on the issue and that Britain needs to get into the nuts and bolts on how the backstop can work. So, no deal so far then.

No Backstop Deal For October – The UK Prime Minister said that there is no backstop proposal for the EU summit in October, after having rejected EU’s proposal. It seems that another summit will be held in November on Brexit.

US President Trump Doesn’t Want OPEC Increasing Oil Prices – OPEC is a monopoly and Donald Trump has pointed that out. He tweeted that the Middle East countries will fall apart without the help they get from the US, but they are responding by hiking Oil prices. I continue to agree more with Donald Trump as time goes by.

Special EU Brexit Summit in November – According to the Austrian news agency, the EU will hold a special summit on 18-19 November. It seems like the hopes to reach a Brexit deal by the October meeting have fainted. But, let’s see what they will come up until the October meeting before jumping ahead.

Philly FED Business Outlook – This indicator jumped to 22.9 points after falling to 11.9 points in August. New orders and employment also jumped higher but prices pair declined. Looks decent, but it is still below July’s levels.

US Unemployment Claims – US unemployment claims came at 201k against 210k expected. It seems that the trend now has shifted lower to the 200k region from 210k previously.

Eurozone Consumer Confidence – The consumer confidence is expected to remain unchanged at -2 points. It used to be flat at 0 points until a few months ago, but it has declined in the last few months to -2 points.

US Existing Home Sales – The existing home sales are expected to increase to 5.36 million from 5.34 million previously. Still, they are way below the 5.50-60 million level that we were seeing in the first half of this year. 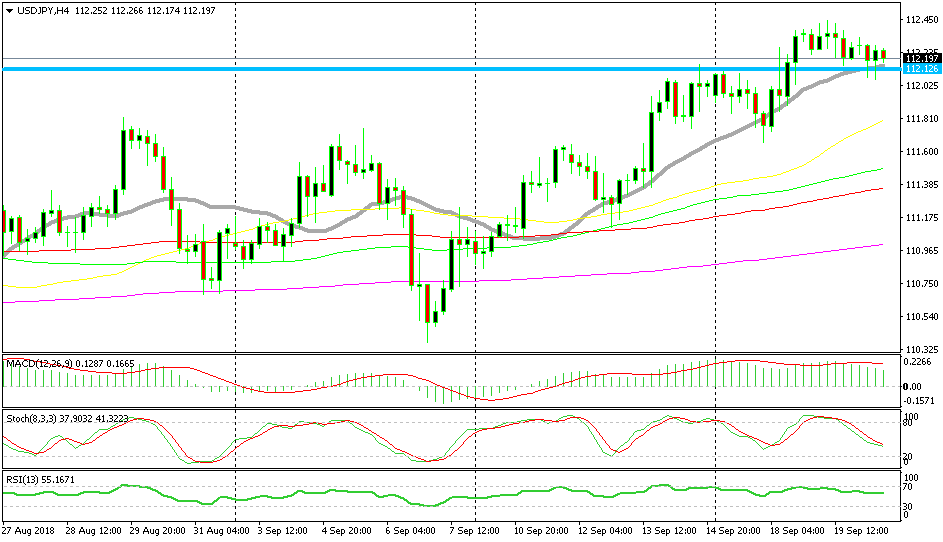 The previous candlestick is a strong reversal indicator

We just opened a buy signal in USD/JPY. The trend in this pair is bullish, so the bearish move today is just a retrace of the bigger uptrend. Stochastic is almost oversold, so the retrace is almost complete. Besides that, the 20 SMA (grey) is providing support at the bottom. The area around 112.00-10 used to be resistance, so now it has turned into support. The previous H4 candlestick formed a hammer which is also a reversing signal.

Right now, the Greenback is on a steep bearish trend. So far, this still is part of the bigger downtrend, so it is still a retrace. But, if the USD continues to fall, then we have to reconsider the major USD uptrend and probably start looking to sell the Buck. Although, let’s wait until the day closes today to see where it will end up.