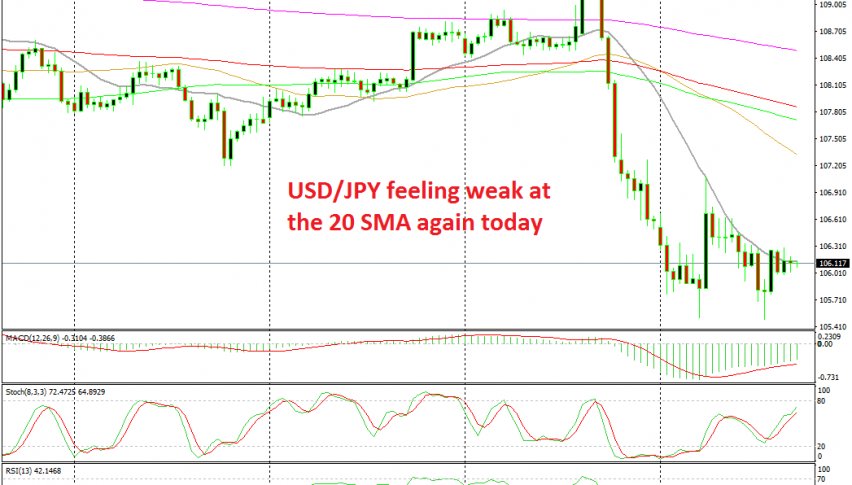 Yesterday we posted a forex update on USD/JPY where we highlighted the 20 SMA (grey) on the H4 chart. This pair turned bearish last Thursday after Trump’s tweet for more tariffs on China which hurt the sentiment in financial markets, sending safe havens surging and the USD sliding lower.

USD/JPY lost nearly 400 pips during this time but on Tuesday we saw a 150 pip jump happen in this pair after some positive economic figures from Japan and Asia that day. The sentiment improved and this pair moved higher, but that proved to be just a retrace of this bigger downtrend.

The climb ended at the 20 SMA on the H4 chart which kept pushing the price lower for a few sessions until sellers took control again yesterday in the afternoon. They pushed 2 pips below the previous low but we see now that the price is back up at this moving average.

The 20 SMA is providing resistance again and the stochastic indicator is almost overbought, which means that this pullback higher is almost complete. So, we decided to open a sell signal a while ago in this pair below the 20 SMA after the previous H4 candlestick closed as a doji, which is a reversing signal.