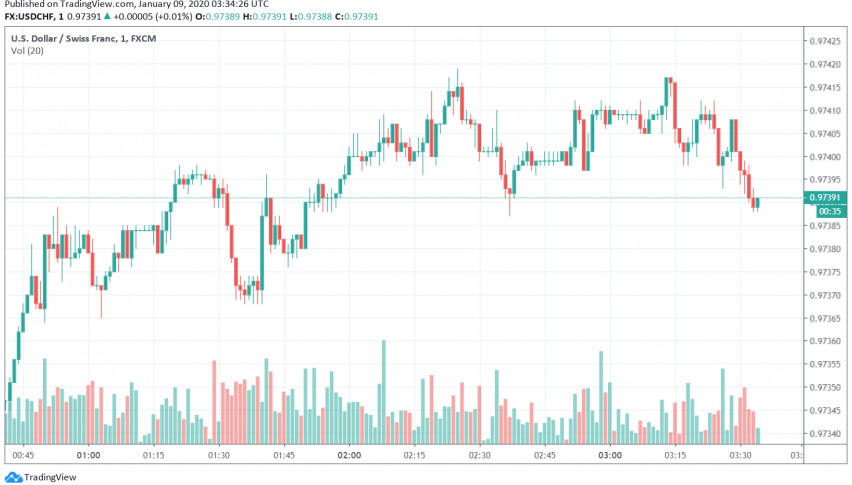 Safe haven currencies Japanese yen and Swiss franc are trading bearish against the US dollar early on Thursday over hopes of receding geopolitical tensions in the Middle East following US President Donald Trump’s speech in the previous session. At the time of writing, USD/CHF is trading somewhat steady around 0.973.

Early on Wednesday, Iran launched ballistic missiles against Iraqi military bases where US and its coalition’s troops were stationed, sending markets into a tizzy over fears of possible escalation of the conflict between the two nations. However, concerns eased after Trump announced that all was well and that the attacks caused no harm to any American troops.

The market sentiment also received a slight boost after Trump commented that the US could consider imposing sanctions on Iran over these attacks instead of escalating military conflict in the region. With the US-Iran tensions receding, markets are likely to turn their focus back to economic data releases.

USD/CHF is likely to make a move on Friday when the US releases its NFP report. Meanwhile, optimism about the upcoming US-China phase one trade deal is also likely to keep this pair supported and diminish the safe haven appeal of the Swiss franc.