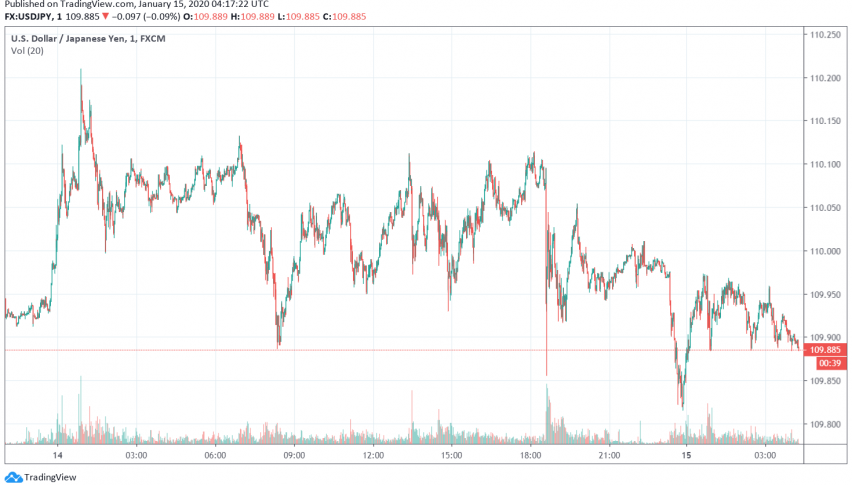 On the day of the signing ceremony for the phase one trade deal between the US and China, the safe haven currency Japanese yen is trading steady against the US dollar as markets adopt a cautious mood in wait of the deal’s details. At the time of writing, USD/JPY is trading at around 109.88.

While the market sentiment had been lifting over the past several weeks ever since the partial trade deal finalizing was announced by the US and China, there is now a more guarded response towards the deal as markets worry that it may be not be as effective in dissipating trade tensions. Markets turned more cautious about the deal after US Treasury Secretary indicated on Tuesday that tariffs on Chinese imports could continue for a little while longer.

The phase one deal is expected to be signed later today at the White House at around 16:30 GMT between US President Donald Trump and Chinese Vice Premier Liu He. Under this partial trade agreement, the US will call off some tariffs and halve some other tariffs on Chinese imports. In return, China has agreed to increase imports of US-manufactured goods, especially agricultural products, over the next couple of years.

US Dollar Weak While Japanese Yen Makes Gains
5 days ago