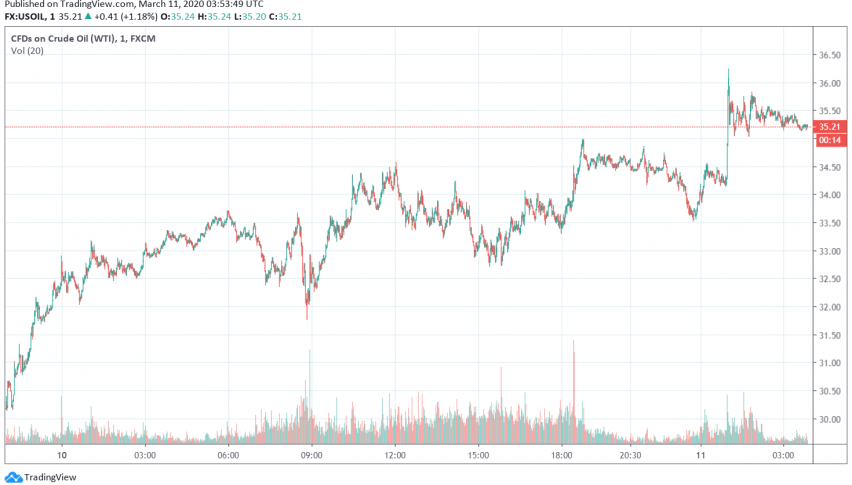 WTI crude oil prices continue to recover and edge higher for the second consecutive day of the week over rising hopes for curbs in oil output by US producers but continue to remain under pressure due to Saudi Arabia and Russia’s price war. At the time of writing, WTI crude oil is trading at around $35.22 per barrel.

The tense mood in the oil markets received some relief over expectations for US oil producers to scale back their output even as Saudi Arabia decides to increase production starting next month. Saudi Arabia’s move to raise production and cut official selling prices caused crude oil prices to fall to the lowest level in over three years.

Crude oil prices also received some support over expectations for stimulus measures being rolled out by governments and central banks around the world to offset the possible impact of the coronavirus on global economic growth. However, the sentiment remains to be dictated by the price war between Saudi Arabia and Russia after Russia refused to go along with OPEC’s plans for deeper supply cuts.