Best Cryptocurrency to Invest in 2018

Cryptocurrencies. Who would have thought this unique and powerful asset class (using blockchain technology) would have such a cosmic impact on the modern financial world? Since the first day Bitcoin started trading, it has grown exponentially in value and market share.

While Bitcoin is the best know cryptocurrency, it has taken a beating lately, just like the rest of the altcoins in the crypto space.

But that doesn’t mean that all of these coins aren’t good investments. They all still have the potential to change the way industries and even economies operate. We are at the point where we need to identify those that have true real-world application and those that don’t.

Ethereum, Bitcoin Cash, Dash, Litecoin, Ripple, Monero, and Zcash all have very unique value propositions. But which one is, in fact, the best investment at the moment? Let’s separate the wheat from the chaff.

Ripple and its XRP token are one such cryptocurrency, we feel, have a broad-based appeal and application in the real world.

For a long time, cryptocurrencies were only seen as an alternate form of payment, one that wasn’t particularly good or even practical to use. Especially Bitcoin, which become infamous in many circles. However, Ripple’s XRP token is much much more. It has gained the attention of a number of financial institutions who are preparing to incorporate the unique altcoin into their systems.

Ripple (XRP), unlike Bitcoin, is both a currency and payment network. While it might take hours or even days to process a transaction using Bitcoin the Ripple technology is able to process transactions within 4 seconds. This makes it particularly appealing to financial institutions.

Find out how to trade Bitcoin here. 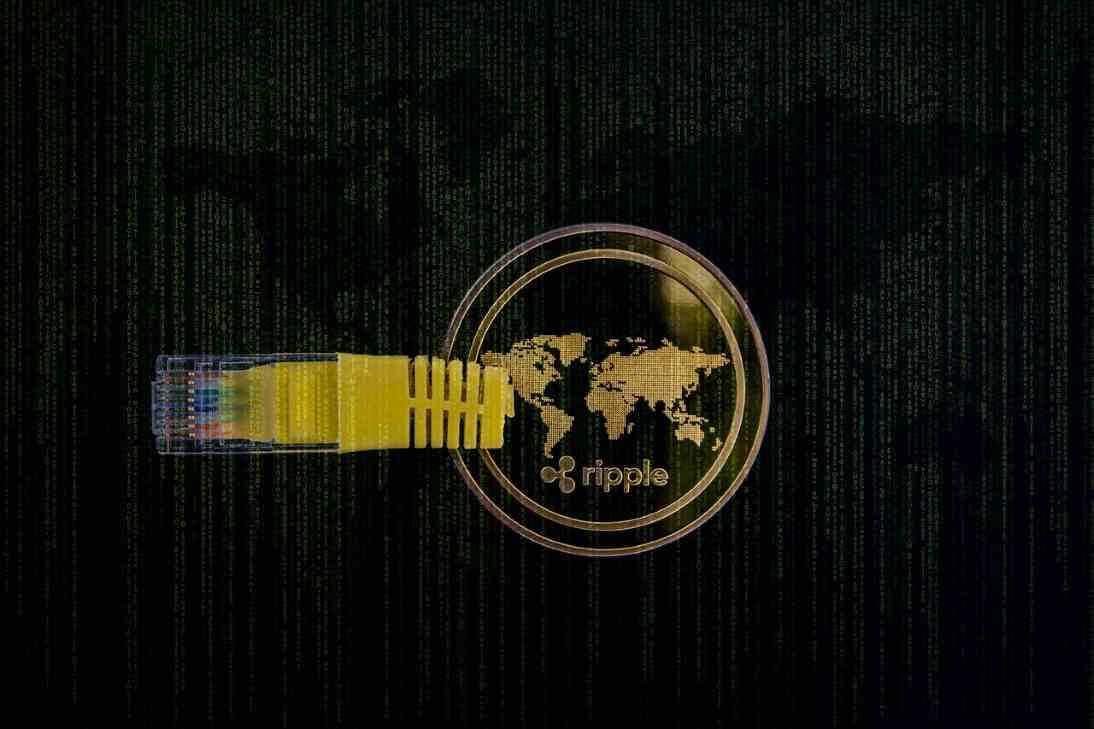 Ripple (XRP) Is Ready To Become A Crypto-Heavyweight In 2018.

eToro offers a social platform on which numerous cryptocurrencies can be traded, join eToro now!
*Your capital is at risk.

At the same time, while the sector has seen broad-based declines. XRP continues to hold its own.

XRP’s price is performing much better than many of its major peers on a relative basis. Because many of the major cryptocurrencies are correlated, it helps to analyze their relative strength in order to make the best investment decision.

The crypto space has been struggling throughout 2018 so it’s good to look at them comparatively. Remember, we’re not looking at which crypto will gain the most dollar value in the next year. It’s all about the potential percentage gain that may be achieved.

The Ripple Network is Robust and Secure

The Ripple network is ultra-reliable and secure. The Ripple network’s stability greatly encourages confidence in it and in the Ripple cryptocurrency itself. With much fewer issues than its big brothers, Bitcoin and Ethereum, Ripple’s straight-forward and smooth functioning make it a fundamentally-sound crypto to invest in.

The robust technology behind Ripple’s functionality is being adopted by many financial institutions. Through fostering a partnership with over half of the world’s leading banks and investment houses, Ripple is poised to become an indispensable part of international commerce. Strong relationships with Western Union, xRapid, the Saudi Arabian Monetary Authority, and xCurrent are the beginnings of a budding alliance with the power players of global finance.

Ripple is Incredibly Fast and Cheap

Ripple’s incredible transaction speed makes it a winner in the cryptocurrency industry. Compared to Bitcoin, Ethereum, and Litecoin, Ripple is light years ahead when it comes to processing transactions on its network. Unlike Bitcoin, transaction congestion on the Ripple network is non-existent.

Concerning cost, Ripple is a clear winner with its average transaction fee of about $0.0005. Of course, as with most things cryptocurrency-related, fees and costs are subject to decrease as technology advances.

Ripple is much more than just a cryptocurrency due to its impressive transaction speed, high scalability, and stable network, it is the perfect instrument to improve the international money transfer processes.

By using Ripple, banks and financial institutions gain access to on-demand liquidity and are empowered to perform real-time global payments. Where international bank transfers used to take several days to complete, it can be done almost instantaneously with Ripple. What a revolution!

Is Ripple The Best Cryptocurrency To Invest In 2018?

Ripple is an impressive cryptocurrency with many useful applications. When compared to Bitcoin and many other popular cryptocurrencies, Ripple is much more stable. With Ripple, there are no hard forks and unnecessary politics. Its cheap transactions also add to its appeal.

Ripple’s fundamentals remain strong. And while the entire crypto sector has pulled back from their highs. If you’re looking at the next five to 10 years, we think Ripple (XRP) ticks a lot of boxes.

Let’s see what Ripple has in store for the rest of the year. To get your share of Ripple’s action, open an account with a great crypto broker today.