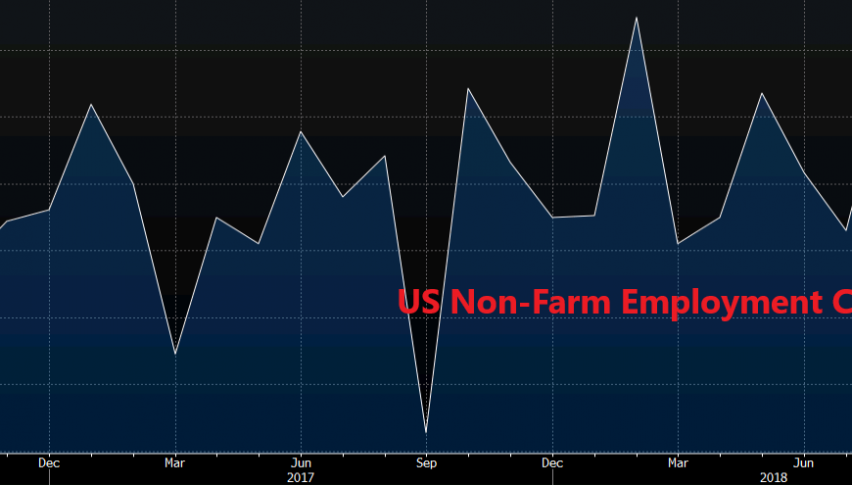 The main economic data for today was released about an hour ago. The figures from Canada were a bit soft and the CAD is feeling the pressure. The numbers from the US, on the other hand, were pretty positive and the US Dollar is finally finding some solid ground to make a comeback, although, I don’t expect much upside action in the USD until the election day next Tuesday. Let’s have a look at the numbers.

As you can see from the tables above, the Canadian unemployment rate declined to 5.8% from 5.9% previously. But, the participation rate declined by 0.2%, which means that if the number of people claiming benefits remained the same, unemployment would be higher at 6.0%.

On the other hand, the US unemployment remained unchanged today, but the participation rate increased by 0.2%, which means that the unemployment would have been lower if the participation rate didn’t change. Besides, the higher yearly earnings are even more important and the new jobs surged by 250K, so the USD is retracing higher after trading on a bearish trend for two days.

The Reversal Begins in US, as Unemployment Rate Declines in May
1 day ago