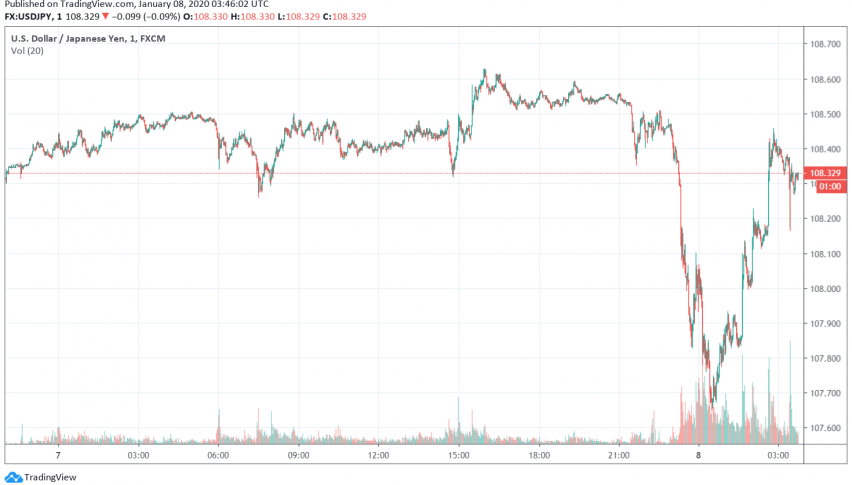 Japanese Yen Soars to Three-Month High Against the US Dollar, Settles Lower Now

The safe haven currency Japanese yen remains in favor, soaring to a three-month high against the US dollar after Iran attacked Iraqi military bases housing US troops, but has weakened slightly since then. At the time of writing, USD/JPY is trading around 108.32, after sliding as low as 107.74.

Earlier today, Iran launched over a dozen ballistic missiles targeting at least two military bases in Iraq where US and coalition troops were located. Markets are on edge as they wait to see if Iran will launch any more attacks and how the US is likely to react to these latest attacks.

Tensions have been running high in the Middle East ever since the US launched airstrikes against an Iranian militia group and took down one of Iran’s top military commanders, Qassem Soleimani. The US government is presently assessing the situation in the region but is yet to confirm the extent of damage it has suffered in the aftermath of these missile attacks.

In times of high geopolitical risks and uncertainty in markets, safe haven currencies like the Japanese yen and the Swiss franc receive considerable interest. Such currencies are considered safer to invest in when volatility runs high and it is unclear what direction markets could take.