The Bounce in Oil is Unlikely to Last, as the Oil War Between Russia and Saudis Continues - Forex News by FX Leaders 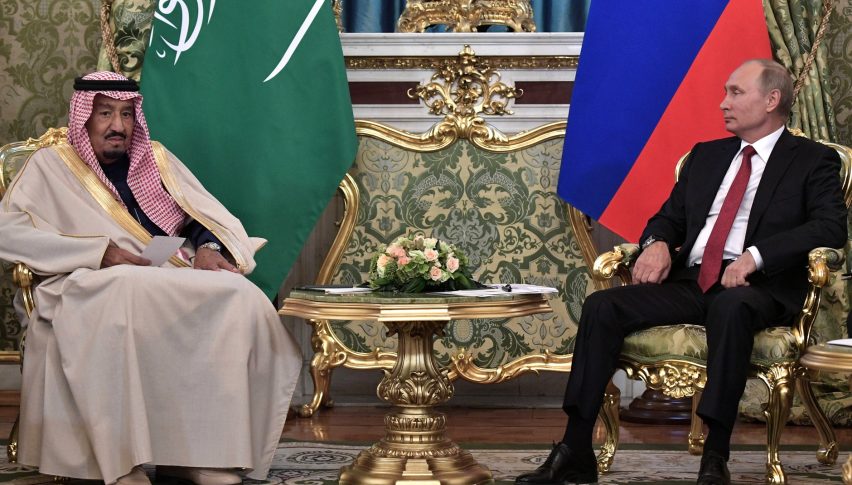 The Bounce in Oil is Unlikely to Last, as the Oil War Between Russia and Saudis Continues

No love in the air

Crude Oil prices tumbled lower in the last month or so. Exactly a month ago, WTI crude was trading at around $55, while a few days ago it fell to $20, but that big round level held as support, with the USD weakness also playing a part in the bounce.

The decline happened when Russia and Saudis fell out of love, after Russia declined to join OPEC in a massive cut in production by 1.5 million barrels/day. Apparently, Saudis got upset and decided to flood the market with Crude Oil, so they can hurt Russian Oil companies. As a result, Crude Oil crashed down, with WTI falling around $35 in a month. But, Russia doesn’t seem too bothered by that. They made some comments earlier today:

I would you to read between the lines with this one. The fact that the OPEC+ joint technical committee meeting was cancelled goes to show that both sides aren’t exactly on speaking terms right now, so believe what you will. Anyway, their official position still shows that they are not backing down from either party just yet.

But, the main global oil trader Vitol says the world might run out of available commercial storage in a couple of months. This would put even more pressure on Crude Oil prices, since countries would have to dump Oil at whatever price, if they don’t have space to store it. So, Crude Oil will likely resume the larger bearish trend soon.