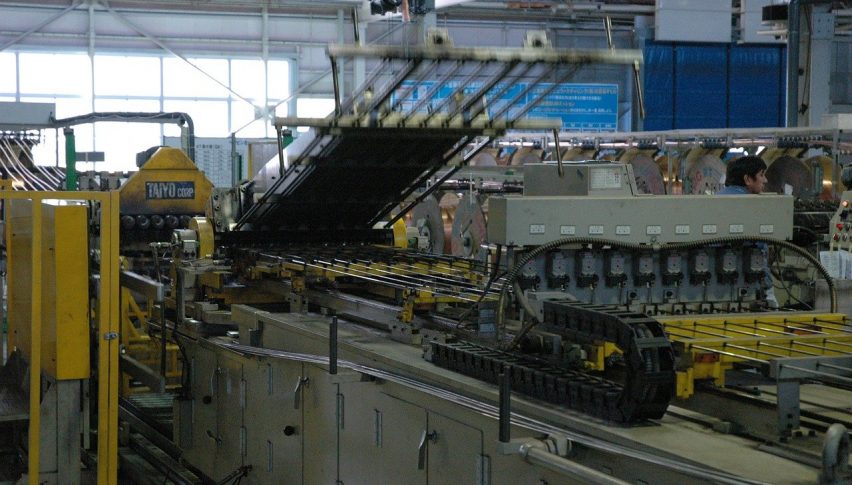 More good news coming in for the Japanese economy, with its factory output increasing at a faster pace and surpassing expectations during the month of November. According to data released by the Ministry of Economy, Trade and Industry (METI), industrial output increased by 7.2% MoM against economists’ forecast for a 4.8% rise instead.

On an annual basis, industrial production was up by 5.4% YoY in November. The uptick in overall factory output was powered by increased activity across firms manufacturing motor vehicles, plastic products, and iron, steel and non-ferrous metals.

In addition, manufacturing firms surveyed by METI also expect factory output to continue growing over the next couple of months. While manufacturers expect the pace of growth to slow down to 1.6% in December, they are hopeful that industrial output could rebound by posting a 5% growth in the next month.

The data further reinforces hopes for a strong rebound during the current quarter in Japan’s economy. This comes after the economy suffered quite the blow in the previous quarter on account of COVID-19 related restrictions and curbs which not only impacted industries but also caused a severe contraction in consumer confidence and domestic spending.

However, on a worrying note, Japan’s jobless rate posted an increase during the month of November, coming in at 2.8% YoY against the previous month’s reading and economists’ forecast of 2.7%. Meanwhile, the jobs-to-applicants ratio or job availability held steady at 1.15, slightly better than economists’ expectations for a reading of 1.16 instead.