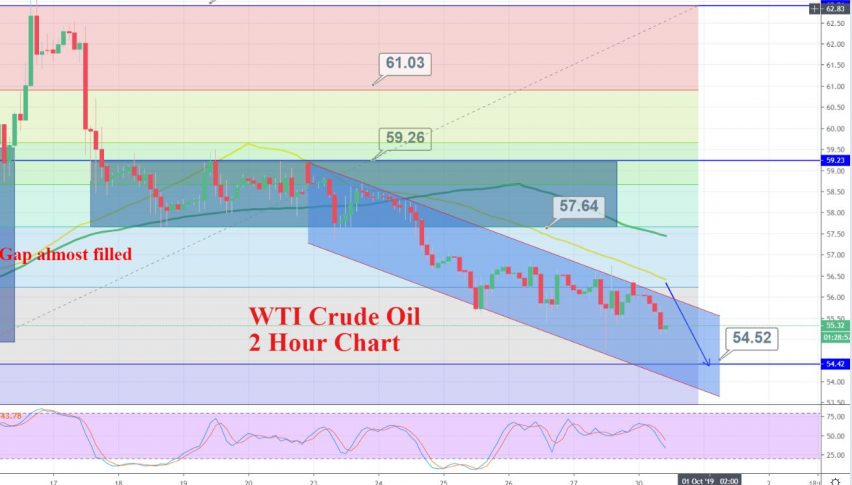 On Monday, WTI crude oil prices trade bearish in the wake of weaker Chinese economic outlook. Although, the manufacturing data improved, amidst a continuing trade war with the United States counting on demand growth for the world’s largest crude importer.

A drop in oil prices are never liked by Saudi Arabia and the US President Trump. Perhaps that’s the reason why Saudi Arabia’s Crown Prince Mohammed bin Salman signaled in an interview that crude oil rates could surge to “unimaginably high numbers” if global economies don’t deter Iran. However, the haven remained in check as Saudi Prine would prefer a political solution to a military one.

On the 2 hour timeframe, crude oil is trading in the bearish channel below 55.60 area. WTI has formed three black crows on the 2-hour chart, which is suggesting bearish bias in the black crack.

On the lower side, the immediate support that crude oil faces is at 54.50 area. It’s also a double bottom area which can bring some buyers near 54.50 trading zone. 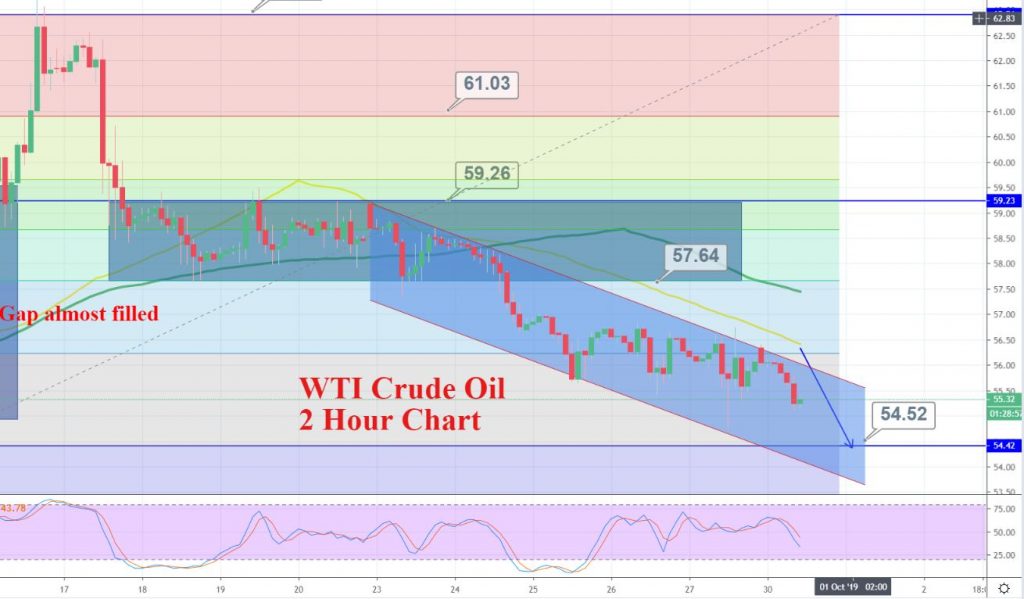 Crude oil is trading at 54.40 level, and it has an excellent potential to drop until 54. Therefore, we have opened a trading signal to stay bearish until 54 today.

Oil Prices Remain Supported, After the Cyberattack on US GAS Pipelines
24 hours ago