Daily Brief, October 13 – Everything You Need to Know About Gold! - Forex News by FX Leaders 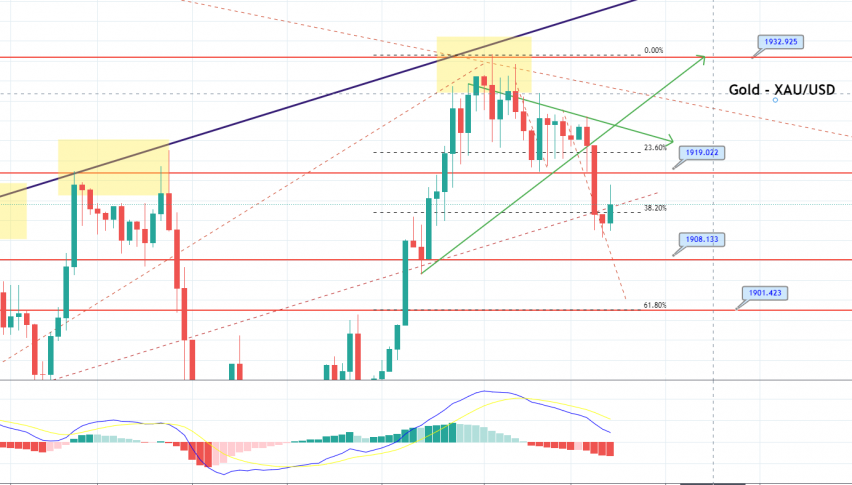 Daily Brief, October 13 – Everything You Need to Know About Gold!

Good morning traders,
Gold prices closed at 1,922.49, after placing a high of 1,933.24, and a low of 1918.11. Overall, the movement of the gold prices remained bearish throughout the day. During the early trading session on Monday, gold prices were up, as investors turned to safe-haven assets after the talks for the next round of the stimulus package stalled once again. However, gold prices started to decline in the latter half of the day, because of the increased demand for the US dollar.

The main prospect for gold remained supportive, because of the increased uncertainty surrounding next month’s US Presidential elections and the hopes that the coronavirus relief bill will be passed soon. The US Dollar Index was up by 0.1% on Monday; it rose from the lowest level in three weeks that it touched in the previous session. The stronger dollar weighed on the yellow metal prices and added to the losses in gold.

On Sunday, the Trump administration called on Congress to pass a small coronavirus relief bill from leftover funds, in order to help the most damaged sectors of the economy, like airlines and small businesses. This call was made, because negotiations on a big stimulus package had stalled, ahead of the upcoming presidential election.

The big new stimulus package of $ 1.8 trillion, proposed by US President Donald Trump on Friday, during talks with House Speaker Nancy Pelosi, faced opposition from both parties. The Republicans were reluctant to add to the growing US debt pile, ahead of the upcoming presidential elections. Meanwhile, the Democrats also opposed the new bill, sticking to their proposal, even though it was closer to the Democratic price tag of $ 2.2 trillion.

Over the weekend, when the new bill proposed by the Democrats was rejected, the Trump Administration called on Congress to pass a stripped-down coronavirus relief bill, asking them to use the funds from an expired small business loan program. As the hopes for a massive stimulus package before the election faded away, the US dollar started to gain traction in the market. The increased demand for the US dollar, across the board, after US stocks opened a little higher on Monday, exerted pressure on the yellow metal.

The tone surrounding the stimulus package remain positive as the new earning season approaches, and the new bill could be passed after the election. This tone helped gold prices and capped any further losses for the precious metal.

On the other hand, White House physician Sean Conley said that US President Donald Trump, who tested positive for the coronavirus on October 1, was no longer considered a transmission risk to others. On Sunday, Trump claimed that he was now immune to the coronavirus, although the chances of being re-infected with the virus persist.

On the coronavirus front, the continuous rise in the number of cases and the increased restrictive measures worldwide, which are being imposed in an attempt to fight the spread, remained supportive of the safe-haven appeal, keeping any additional losses in gold within limits.